Ireland will play two One-Day International (ODI) matches against Pakistan at home, the first of which will be played at the The Village in Dublin. While the hosts relish the opportunity to play more and more ODI teams and gain experience, the visitors are coming after winning the fourth Test against England at The Kennington Oval, to level the four-Test series 2-2. After series’ against Sri Lanka and Afghanistan, the hosts are all set to take on Pakistan, who find themselves at No. 9 on the ICC rankings in the 50-over cricket, below West Indies. With another chance at showcasing their talent and ability to the world, here’s how Ireland may shape up against Pakistan. FULL CRICKET SCORECARD: Ireland vs Pakistan, 1st ODI, Dublin

Top Order: Captain William Porterfield will open the innings alongside Ed Joyce. Joyce was excellent in the series against Afghanistan. He scored two centuries which were instrumental in taking his side to victory. He is a potential match-winner when he gets going. John Anderson could then come at No.3, but Ireland will be counting on Joyce’ form to take them towards big totals. Ireland’s top-order will have to play out of their skin against a Pakistan team that will be threatening with swing early in the innings. If they do not lose wickets early, they can then capitalize later on. The likes of Mohammad Aamer and Umar Gul won’t make it easy for them to score freely. They will, therefore, have to be ready for a tough challenge.

Middle-Order: In a choice between Gary Wilson and Stuart Poynter could well see the former coming up the order. Wilson registered a half-century against Afghanistan in the final match of series. Kevin O’Brien could come next. O’Brien, had a good series against Afghanistan. He scored a 75-run knock against them in the third ODI, securing the game for his side. O’Brien can be a game-changer, if he stays for some time at the crease. Paul Stirling could then follow him in the batting line-up. Ireland’s main worry has been their inconsistency. If their middle-order is solid, and can change gears at will, they will be a team to watch out for in future. But their batsmen need to be consistent with their batting displays.

Lower Order and Bowling: Tim Murtagh and Craig Young are sure to start, after there was no replacement named for Boyd Rankin who was ruled out due to a left leg fracture during training for Warwickshire. Young is returning from a elbow surgery and Ireland could therefore, go for Barry McCarthy, keeping in mind, his good performances against Sri Lanka, followed by a fine outing against Afghanistan as well. George Dockrell, the left-arm orthodox could come in handy as well. The bowling attack will be against a strong Pakistan batting order that will include players like Azhar Ali, Shoaib Malik and Sarfraz Ahmed. They will therefore have to be right on the money to pose a threat. 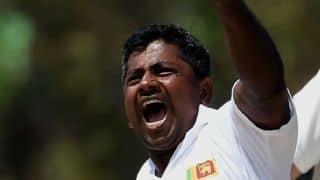 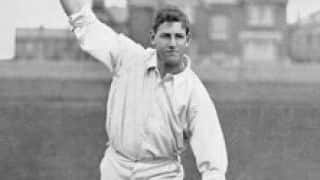