West Indies did a commendable job to make a grave comeback as they beat Pakistan convincingly by seven wickets, in the third T20I at Port of Spain.

Following twin successive defeats in the opening two contests, hosts West Indies did a commendable job to make a grave comeback as they beat visitors Pakistan convincingly by seven wickets, in the third of the four-match Twenty20 International (T20I) series at the Queen’s Park Oval in Port of Spain, Trinidad on Saturday. After Kamran akmal and Babar Azam’s decent 48 and 43 allowed Pakistan to score 137 for 8 in 20 overs, it was West Indian opener Evin Lewis, who alone played a remarkable knock of 91 to knock off the Pakistan bowlers and make sure they stay alive in the series with a convincing 7-wicket win. However, Pakistan still lead the series 2-1, as they would be aiming to win it on Sunday, while the hosts would aim to square it all. Meanwhile, let us take a look at the highlights from the 3rd T20I. FULL CRICKET SCORECARD: Pakistan vs West Indies 2017, 3rd T20I at Port of Spain

Kamran Akmal’s decent 48: As said above, it was Pakistan’s exquisite opener Kamran Akmal, who held the nerve in an otherwise dull Pakistan innings, as he smashed a steady knock of 48 off 37 deliveries, including four boundaries and a couple of sixes, along with a strike rate of 130. Although, he missed out on his half-century by just a couple of runs, he was nevertheless the star of the Pakistan batting in the tie, as he was the top scorer, and the reason why Pakistan possible went past the 100-run mark. He was also involved in a decent 88-run stand along with Babar Azam.

Babar Azam’s civilised knock of 43: Apart from Akmal, it was also Pakistan’s middle-order batsman Babar Azam, who played a civilised knock of 43, and therefore being the second shining star for the Pakistan batting. His 43 came off 38 deliveries, including three boundaries and a six, along with a strike rate of 113. He was also the second highest run scorer in the game, and was one of the three Pakistan batsmen to score in double figures, after Akmal, followed by Fakhar Zaman. Also, another reason why Pakistan managed to put up the average total of 137. He was also involved in a decent 88-run stand along with Akmal. FULL CRICKET UPDATES: Pakistan vs West Indies 2017, 3rd T20I at Port of Spain

Akmal-Azam’s fruitful 88-run stand: Although mostly the Pakistan innings was dumb, it had a fine moment when the batsmen in the form of Kamran Akmal and Babar Azam put up a fruitful 88-runs stand for the third wicket between the two, with Kamran contributing 48, while Babar contributed 34. However, it was the only partnership that went through, as the rest of the team collapsed easily, while Pakistan managed to put up an average total of 137.

Evin Lewis’s match-winning knock of 91: Obviously, the star of the game, and the sole leader of the West Indian innings, as it was Evin Lewis’s match-winning knock of 91, they sealed the fate of the hosts in the tie, as they secured a seven-wicket win to stay alive in the series. His fine knock came of 51 deliveries, which included five boundaries and nine monstrous sixes, along with a strike rate of 178, which was certainly enough to snatch the game away from Pakistan. Not to mention, tough day out for the Pakistan bowlers against him.

Lewis-Marlon Samuels’s patient stand of 56: Since Lewis was involved in a couple of decent partnerships, the first one came along with veteran Marlon Samuels. Although Samuels was mostly silent and supported Lewis from the other end, it was their this 56-run stand that certainly allowed West Indies their build-up to a fine innings as well as the chase. Samuels contributed 18, while Lewis contributed 35 in the stand, depicting Lewis’s dominance in the stand and the game.

Lewis-Jason Mohammed great stand of 76: If the stand of 56 along with Samuels was not enough to frustrate Pakistan, the stand of 76 along with debutant Jason Mohammed certainly did, as it was during this very stand, when Lewis was going all guns blazing, smashing most of the Pakistan bowlers all over the park, as West Indies inched closer to win. Lewis contributed 56 in the stand, while Mohammed contributed 17, once again proving Lewis’s dominance in the game, as Mohammed too supported at the other end, while he made sure he did the job for the West Indies, before falling for 91 towards the end of the game. 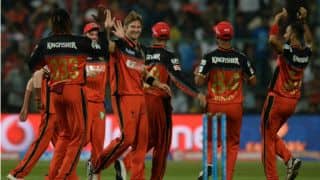 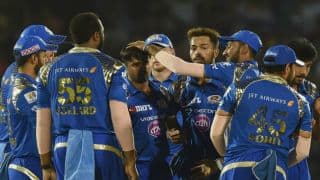