Pakistan are 9 wickets away from registering their maiden series-win in the Caribbean. West Indies, at Stumps on Day Four of the third Test at Roseau, Dominica, were placed at 7 for 1, needing 297 more to win the match and also the series. Pakistan in their second innings declared at 174 for 8, setting West Indies a 304-run target. West Indies were earlier bowled out for 247, thanks to Mohammad Abbas maiden five-wicket haul. For Pakistan, Yasir Shah top-scored with the bat, scoring an unbeaten 38 and also dismissed Kieran Powell on the final delivery of Day Four. Let us take a look at some of the highlights of the fourth day s play. FULL CRICKET SCORECARD: PAK vs WI 2017, 3rd Test

Mohammad Abbas maiden 5-for: Abbas picked up four wickets on Day Four, which led to a West Indies collapse. His figures from the morning session read 4-1-3-4 as he finished with overall figures of 5 for 46.

First session 7 for 37: As many as seven wickets fell in the first session of Day Four. West Indies lost five wickets for just 29 and when Pakistan came on to bat, they lost Azhar Ali and Babar Azam in quick succession with just eight runs on the board.

Younis record-equaling catch: When Younis Khan held the catch of Devendra Bishoo for a duck; he equaled the record of the most catches in a Test series by a Pakistan outfielder, which stands at 10. If Younis takes a catch on the final day, he would have another record to his name in his farewell match.

Misbah, Younis final innings: Misbah-ul-Haq and Younis have served Pakistan for many years. Their batsmanship and leadership qualities have won them many laurels. However, both of them played their last innings for Pakistan on Day Four. While Younis made 35, Misbah was dismissed for just 2. Both players were given the guard of honour by their teammates when they walked back to the pavilion.

Yasir caught off no-ball: Yasir was batting on 15 when Shane Dowrich, who had a tough day behind the wickets, took a catch after Yasir edged the ball to him. However, after looking at the replay, it was revealed that Bishoo had overstepped, to add to West Indies frustrations.

Yasir-Aamer partnership: Pakistan were in a spot of bother at 90 for 7 after Asad Shafiq was dismissed for 13. Yasir and Mohammad Aamer then joined hands and stitched a 61-run stand for the eighth wicket, which took Pakistan s lead past the 250-run mark. Yasir remained unbeaten on 38, but Mohammad Aamer perished for 27. 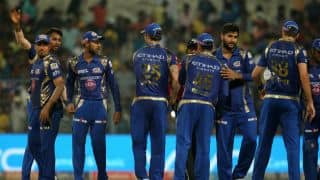 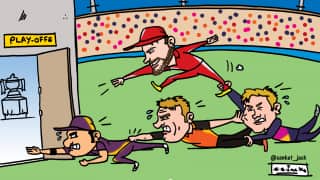