Aamir Sohail feels Pakistan should now appoint a head coach who was a batsman.

As the dust settles on Pakistan’s magical performance in the third Test against Sri Lanka, let us look at the prominent players who were involved in the memorable showdown in Sharjah.

His technique needs a major overhaul. It needs drastic improvement as with such a technique one can get away with making runs on flat tracks but Khurram Manzoor will struggle against better bowlers and on quicker wickets that offer the bowlers some assistance.

The major issue with Khurram’s batting is his backlift. In addition, he’s also very low in his stance, his head position is incorrect and he’s not balanced at the crease. A lot of work is needed from Khurram regarding his batting, I’m afraid.

Ahmed Shehzad showed promise during the series against Sri Lanka. His technique is much better than the technique of quite a few of the other Pakistani openers. Ahmed has a good temperament and he gives you the feeling that he belongs in Test cricket.

His captaincy of the Test team was never in danger, even if Pakistan had lost the Test series against Sri Lanka. How can you replace the captain of your Test team when you have not prepared or groomed a replacement? Umar Amin was being mentioned as a possible replacement for Misbah-ul-Haq as Test captain, well look at what has happened to him!

There was a lobby who were wasting their breath and time in wanting to oust Misbah as Test captain and wanting somebody else to take over. Those critics should look at his performances! As a captain you need to make runs, you need to perform and he has been doing both.

Azhar Ali played a selfless innings in Pakistan’s second innings. It was an innings for Pakistan and not for himself. This innings will really help Azhar in the future. He was being labelled a limited player, a player who plays within himself but look at what he produced in such a tough situation. The innings against Sri Lanka should instill a lot of confidence in Azhar’s batting in future and it should be a point of reference for him. His thinking should be “I’ve done it before and I can do it again”.

The selectors should stop the merry go around regarding the selection of the Test wicket-keeping position. We’ve seen it before with the openers and this constant chopping and changing doesn’t help anybody. The selectors should see Sarfraz as the future prospect and stick with him unless he gets injured or he’s badly out form. He looked good behind the stumps and also made some important contributions with the bat and I think it’s time the selectors gave him a long run in the Test side.

Everybody goes through a tough spell in professional sport. But, you have to stick with Asad Shafiq, you have to stand by this young talent. If he has developed some technical flaws in his batting then he has to be helped. If someone can score a Test century against one of the best bowling attacks in the world, in difficult conditions, then he’s not a problem. He shouldn’t be discarded, instead he should be persevered with and helped.

What I found encouraging about Mohammad Talha’s performance was that not only has he improved his action, but also his line and length were very consistent. I was really impressed with the way he was operating in that third Test against Sri Lanka. He bowled intelligently and the way he utilised the short ball was very impressive.

However the top players play your best deliveries with ease mostly. What Talha needs to do is to keep learning and improving. Pakistan’s young fast bowlers require help at this stage and they have to be taught how to get the better batsmen out. If the likes of Talha keep on learning then they will be the future of Pakistan’s bowling.

The Achilles heel at the moment of the Pakistan team is obviously the batting. So I would suggest that a Head Coach is appointed who specialises in batting and who is also a good strategist. As we already have a bowling coach, what you don’t need is a Head Coach who specialises in bowling. If they want to appoint Waqar Younis, then there is no need for Mohammad Akram to be around as the bowling coach.

If I was in the selection committee to select the Head Coach, I would have footage ready of all the current Pakistani batsmen at the interview and say to the interviewees “here’s Khurram batting against Sri Lanka, how do you plan to make him a better batsman?” I’d ask them what’s wrong with Mohammad Hafeez’s batting at the moment, why is he getting out in such poor ways of late and what do you plan to do to Hafeez to get him back into form? I’d ask them what’s wrong with Asad Shafiq and Umar Amin and again show them videos of their batting of late.

In addition, I’d ask the interviewees regarding the upcoming ICC World Twenty20 and how they are going to make the Pakistan team a winning unit. If they have the right answers, then they deserve the job.

If I was attending the next International Cricket Council [ICC] meeting, I would ask the following of the three Boards who are attempting to bring in the changes: “You advocate keeping politics out of cricket and you wanted the Pakistan Cricket Board [PCB], Sri Lanka Cricket [SLC] and Bangladesh Cricket Board [BCB] to hold elections and appoint an elected Chairman, yet now you want to scrap the future tours programme but have bilateral tours. Aren’t you bringing politics into cricket yourselves?”

The ICC has invested so much money in promoting and developing cricket in countries where cricket is not a very attractive proposition or isn’t very appealing. They’ve given away funds and are doing so much for the development of cricket and attempting to make it a global sport, but with what may happen in future how are the ICC going to answer the whole world about why they’ve wasted so much money if they were going to allow the three Boards to do what they are hoping to?

The question in my mind is why do we need the ICC if the ECB, BCCI and CA are going to decide who plays who in future? 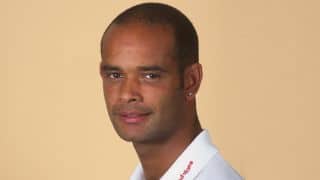 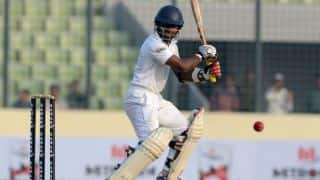