Cricket, worshipped as a religion in India, has been a unifying force. It has been a rage and reason for celebration. However, Parvez Rasool’s exclusion from the playing XI on the Zimbabwe tour could have a large sociological impact on the people of Kashmir Valley. Aayush Puthran narrates his Kashmir experience and explains why Rasool’s exclusion is a bigger cause of worry than one would imagine. 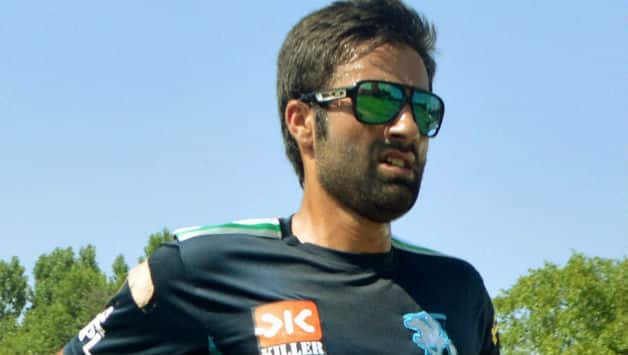 Cricket, worshipped as a religion in India, has been a unifying force. It has been a rage and reason for celebration. However, Parvez Rasool’s exclusion from the playing XI on the Zimbabwe tour could have a large sociological impact on the people of Kashmir Valley. Aayush Puthran narrates his Kashmir experience and explains why Rasool’s exclusion is a bigger cause of worry than one would imagine.

“Have you come from India?” a hotel staffer asked as he was helping me shift my bags into the newly logged in room.

The statement took me by surprise. Before I could retort asking, “Then where the hell are you from?” it struck me that I was in Kashmir. Sense and political geography prevailed before sounding stupid, but the statement hurt me, made me feel alienated in my own land for the first time and gave me an idea of how indifferent we were to each other.

It was less than a week after Afzal Guru’s hanging that my maiden trip to Kashmir took place, certainly not the merriest of time for people in the Valley. It was also just a few days after Parvez Rasool had picked a seven-wicket haul for India A against Australia. However, cricket was certainly not the topic on their minds as the Valley witnessed violent clashes and brutal bloodshed. Worse, they were given adequate reasons to justify their anger against ‘India’ as they cried helplessly for justice.

However, at the height of courtesy, they took efforts to make their ‘Indian’ tourists feel safe and secured in the most sensitive of times. Torn and shattered by their life stories, I chose to lighten things around and start a discussion on cricket with a young 20-odd year old Kashmiri lad. He started off gleefully speaking about his love for the game and how he would play with his friends when he was younger. As the talk moved on, I egged him on to put his views across about Sachin Tendulkar — the man who has delighted fans across the world. However, the name brought out an expression one would have never seen associated with the Little Master. He wanted to avoid the talk, so he halted. Looked around, speechless. Knowing things were getting a bit awkward, he snatched a pen and a diary from my hand, and wrote:

“This is the point of no return. I would never go back. And if I don’t go back now, there will be no peace of mind.”

The context of the quote didn’t quite sink in at first. It took me a few more days to realise that the locals didn’t relate with Indian cricket, Tendulkar wasn’t God for them. But cricket was their love and watching Jammu and Kashmir do well in Ranji Trophy was a reason for celebration.

If it certainly was, then it makes me wonder how much would it mean for them to watch a Parvez Rasool play for ‘India’. How much would the game of cricket do to make an entire region, demanding Independence for over 50 years, feel a part of India? And how much would it hurt them to see Rasool not being picked in the team in the absence of cricketing reasons?

Virat Kohli may have defended his exclusion with his version of practicality, but calling it “unfortunate” was neither logical nor sensitive under the circumstances.

Let’s not even get to his hard-fought journey to the top or the fact that he would have been the first player to represent India at the international stage from Jammu and Kashmir; let’s just talk cricketing sense. Rasool is a quality all-rounder who has proved himself at the domestic level and the limited opportunity that he has got against international players. He is multi-skilled and can give India more options in the department of all-rounders. For that he needs to be given adequate exposure at the top, and the tour to Zimbabwe was the best opportunity.

Unfortunately, we lost it. In midst of all this, we lost a bigger battle. The sociological impact of the decision would reel on. For all reasonable conclusions, it was an all-loss ending.