PCB's biggest challenge is to bring back international cricket to Pakistan: Subhan Ahmad

PCB's biggest challenge is to bring back international cricket to Pakistan: Subhan Ahmad

Subhan Ahmad speaks about the various challenges before the PCB.

Known and admired by players and officials at home for his selfless dedication and professionalism, having risen through the ranks Subhan Ahmad has gone on to serve in such critical roles in the Pakistan Cricket Board (PCB) as the General Manager for international cricket, acting director of human resource and administration and, since 2010 as Chief Operating Officer (COO) of the Board.

In an exclusive interview with PakPassion.net, the PCB COO discusses the evolution of the Board over the last two decades, the challenges facing the Board and the reasons behind the delay in launch of the Pakistan Super League (PSL).

PakPassion.net (PP): What has been your career path at the Pakistan Cricket Board?

Subhan Ahmad (SA): I’ve worked in various departments at the Pakistan Cricket Board before being promoted to Chief Operating Officer in 2010. The journey to where I am has taken twenty years.

PP : How has the organization changed over the years whilst you have been working for the PCB?

SA: From a lean and cash-starved organization, it has transformed itself into a more elaborate and professional one and one that is capable of taking on the challenges of modern-day cricket.

PP: What are the main responsibilities of the Chief Operating Officer at the PCB?

SA: The COO implements the policy decisions of the Board. Under the PCB’s constitution all authorities are vested in the Chairman who is also the Chief Executive of the Board.

PP : Shoaib Akhtar, in an interview said that you were the only one who did any work at the PCB. How did you feel about that statement?

SA: That’s very kind of Shoaib Akhtar for his compliment, but the fact is, it is all about team work.

PP: What are the biggest challenges facing the PCB at the moment?

SA: Besides bringing international cricket back to Pakistan, our challenges include financial stability and independence as well as building a strong domestic cricket base to continue producing world-class players and raise globally competitive outfits.

PP: Even in your senior role the constant changes in chairmanship at the PCB must be unsettling?

SA: To be honest, it is difficult as one has to cope with rapid changes in policies, which at times becomes disconcerting, if not frustrating. ‘Systems and not individuals should run organizations’, after all this was not said in vain.

PP: How frustrating is it that the Pakistan Super League has still not been launched?

SA: We have to be absolutely sure that we get it right in the first instance, for otherwise damage to our reputation would be too great to live it down. Hence, the decision to postpone it.

PP: What are the issues that are holding up the launch of the Pakistan Super League?

SA: We have to be absolutely sure that we get it right in the first instance, as otherwise damage to our reputation would be too great to live it down. Hence, the decision to postpone it.

PP : Critics say that the PCB has been reactive rather than proactive over the years particularly in issues such as illegal bowling actions; your thoughts on this?

SA: I would agree to this notion, but only to an extent. Contrary to this perception, PCB has to its credit spearheaded many an initiative. For instance, we were amongst the first Board to implement the domestic anti-corruption code and establishing the anti-corruption unit.

PP: Do you feel that the PCB has done enough to combat the threat of corruption in Pakistan cricket?

SA: With what resources we have at our disposal, I think we have done fairly well. Education on corruption is now being disseminated across the cricketing fraternity in the country, and strong codes and oversight mechanisms are turning out to be a serious deterrence.

The domestic T20 tournaments played across Pakistan, especially those that are televised, are being vigorously monitored for corruption. At the same time, in my view, none from amongst the cricket boards can guarantee overcoming this menace in its entirety.

PP: There must have been some lighter moments during your career at the PCB; would you care to share any of those?

SA: Well, one day I plan to write a book which would reveal all that I have experienced. A recent incident that I later on thoroughly enjoyed was when our constitution was challenged in court and on three ICC meetings we had a different chairman. So, someone asked, how do you decide each day who is going to be your chairman today and I answered, simple: Eeny Meeny Miny Moe… We laughed loud and long! 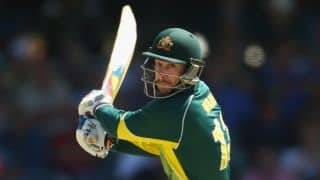