Peter Richardson: Gutsy batsman and prankster who enjoyed a dream start to his Test career

Peter Richardson: Gutsy batsman and prankster who enjoyed a dream start to his Test career

When Richie Benaud induced a snick to get rid of young Peter Richardson, the score read 195 and the newcomer into the England side had 104 next to his name

Peter Richardson (born July 4, 1931) who passed away on February 16, 2017 had a dream start to his Test career. Although he did not quite manage to carry on in the same vein, he ended up as one of the game s most interesting characters. Arunabha Sengupta looks back at the left-handed opening batsman s life and career.

Yes, we all remember Jim Laker wheeling in and dismissing Australian after Australian to end with his famous 19 for 90 at Old Trafford in 1956. Replying to England s 459, the visitors, an unhappy lot caught on a wicket tailor-made for the Surrey spinner, managed only 84 and 205.

What is pushed to the background in the wake of Laker s monumental feat is the incredible platform laid for the hosts in that Test. The first wicket did not go down till 174, when the toiling Ray Lindwall got Colin Cowdrey caught at the wicket.

When Richie Benaud induced a snick to get rid of young Peter Richardson, the score read 195 and the newcomer into the England side had 104 next to his name. The southpaw s first Test hundred, studded with excellent leg-side strokes, also contained some delectable cover drives, two of them in one over of Lindwall. After this, it was left to the surprise selection, David Sheppard, to carry on from there and form the foundation on which Laker would go on to spin his devious deliveries.

For Richardson, it was the resumption of a fairytale that had started at Nottingham. Summoned from his Worcestershire farm to fill in the giant void left by the retirement of Len Hutton, it was no easy task to remove his farmer s boots and step into the enormous shoes of the man who is still the greatest opening batsman since World War 2. However, the illustrious footwear did not make Richardson stumble and stagger.

Lindwall, Alan Davidson, Keith Miller, Ron Archer and Ian Johnson combined to form a formidable attack. But opening the innings with Cowdrey at Trent Bridge, Richardson showed supreme application over four-and-a-quarter hours before edging Miller to fall for 81. In the second innings, he hit 73 and combined in a 151-run opening stand with Cowdrey.

The hundred at Old Trafford was followed by two gutsy 30s in the final Test at The Oval. With 364 runs at an average of 45.50, Richardson had played a leading hand in England retaining the Ashes and had enjoyed a magnificent start to his Test career.

Indeed, some of his supporters felt that he should have toured West Indies in 1953-54.

The seasons of 1952 and 1953 had shown enormous promise. With Edwin Cooper moving on from the cricket grounds to take up his job as coach of the Royal Naval College, Dartmouth, the young Richardson was tried as the opening partner of Don Kenyon. He got 1,502 runs with hundreds against Oxford and Essex, and was awarded his county cap. The following summer he hit 2,294 runs at 39.55 and staked his claims as one of the most promising young opening bats.

However, Richardson had to go through his mandatory two years of Army duties. Fortunately, he was stationed locally and managed to play a fair amount of First-Class cricket during these couple of years.

Richardson s introduction into the Test team was hastened by his extraordinary performance when the visiting Australians played their first major match in England that summer. Lindwall, Pat Crawford and Benaud blew the Worcestershire batsmen for 90 in the first innings and put up 438 in response. And following this, Richardson, newly appointed captain of the county, batted through the final day to post a fighting unbeaten 130 as Worcestershire held on for a draw with one wicket standing.

Later, playing for MCC against the Australians, Richardson had to retire at 30 after being struck on the side of the head, but came back with a lot of courage to remain unbeaten on 36 when the innings ended. His ability and guts were both established.

The promise in this uncoached youngster had been spotted by former Oxford and Worcestershire cricketer Sandy Singleton in 1946, as he batted for Hereford Cathedral School. After Singleton s recommendation had got him a trial for Worcestershire, he had been coached by the excellent duo of Dick Howorth and Syd Buller. Interestingly, when all the promise and hard work bore fruit and Richardson made his Test debut at Trent Bridge, Buller was one of the umpires.

It was for his deeds in the summer that Richardson was named one of the Five Wisden Cricketers of the Year. However, he was to ride on the crest of his dreamlike introduction at the highest level for some time to come.

That winter, Richardson faced the stern test of Neil Adcock and Peter Heine in South Africa. It was a hard-fought series that ended 2-2, and much of the cream of England batting struggled against the furious and hostile pace of the duo and the crafty spin of Hugh Tayfield. Peter May managed 153 runs at 15.30, Denis Compton 242 at 24.20. But Richardson, stubborn in defence while cutting and driving with plenty of panache, stroked his way to 117 at Johannesburg as England won by 131 runs. He finished the series second in the list of averages after Doug Insole, with 369 runs at 36.90.

And then came the West Indians. It was a series full of batting feats for the home side. May and Cowdrey blunted the edge of Sonny Ramadhin at Edgbaston with a partnership of 411. May got a couple of hundreds, Cowdrey a couple, Tom Graveney hit two including 258 at Trent Bridge. England won 3-0. Richardson scored 76 at Lord s, 126 at Trent Bridge and 107 at The Oval to end with 411 runs at 58.71. Richardson was established as an opening batsman and had stepped firmly into the shoes of Hutton.

There was another achievement during that series. At Trent Bridge, as he scored a hundred and England won by an innings, he played alongside his brother Dick. The latter got 33, but never played for England again. It was the first time a pair of brothers had played for England in the 20th century.

Like Peter, Dick also batted left-handed. So did their other brother, Bryan, who played First-Class cricket for Warwickshire.

The fairytale continued the next season when New Zealand visited. Richardson carved 104 against them for Worcestershire and then hit 100 in the first Test at Edgbaston. He followed it up with 74 at Old Trafford.

By the end of the season, Richardson had played 19 Tests for 1,386 runs with 5 hundreds and 5 fifties at an average of 46.82. It had been a sensational couple of years as a plucky, strokeful left-handed opening batsman. He drove firmly, manoeuvred the ball through the leg side with plenty of skill and was always looking to seize the initiative. His defence, when required, was as sound as the best in England. Besides, he ran briskly and was always looking for the sharp single.

But then, everything went downhill.

First came the decision. Richardson announced that he was turning professional and moving to Kent. It did not really please the Worcestershire committee and perhaps the conflict had to do something with his performance Down Under.

He went to Australia as England s first-choice opener. It was the disastrous 1958-59 tour. Davidson and Benaud, aided by the controversial action of Ian Meckiff, reduced the batsmen to a pitiable bunch and Australia won 4-0. Richardson struggled, managing just 162 runs at 20.25 with one solitary half century.

That was the start of the fall and it is not a very happy story after this.

He had lost his place in the side by the time Benaud s men visited England in 1961. His domestic cricket career stumbled till he started playing for Kent in 1960, and by that time Geoff Pullar and Raman Subba Row were pushing for a place in the side as left-handed opening batsmen.

Richardson did tour India and Pakistan in 1961-62, but managed just 2 fifties in 14 innings in the Tests.

After that he was brought back for just one Test against West Indies in 1963. Wes Hall and Charlie Griffith dismissed him for 2 and 14 in Edgbaston and that effectively ended his Test career.

Richardson hung around for a couple of seasons, scoring runs for Kent and travelling to Pakistan and West Indies with Commonwealth sides and as a part of International Cavaliers. But, the 1965 season brought less than 1,000 runs for the first time in a full season since 1955, and that too at an average of 24. Richardson knew it was time to hang up his boots. He finished his First-Class career with 26,055 runs with 44 hundreds.

Apart from his batting abilities, Richardson was one of the great characters of cricket. He had a penchant for pranks.

According to the Daily Express cricket correspondent Colin Bateman: “Peter Richardson was one of cricket s great characters although you would never have guessed it watching him bat. Yet off the field he was a one-man entertainment show, particularly when the troops were stuck in some up-country billet in India. His sense of humour and sharp mind enlivened many a dull official function to the delight of his team-mates.

He loved sending fictitious cricket records to the dead serious Jim Swanton. And even after his playing days, he continued to send outrageous letters from a fictitious Colonel Blimps to The Daily Telegraph. 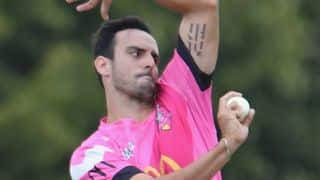 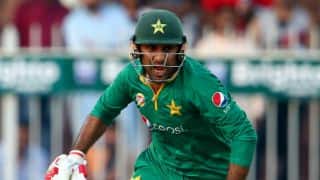