I first heard of Peter Roebuck in one of the interviews given by Sunil Gavaskar in his playing days.

When the Indian legend turned out for Somerset, Roebuck had been his captain. According to Sunny, Roebuck and he had spent their time in the slips making up all sorts of world elevens.

Those were the days when Somerset had been blessed with immortal players of the stature of Gavaskar, Viv Richards and Ian Botham. Roebuck himself, although never of the same league, did enough as an opening bat to be named one of the Wisden’s “Five Cricketers of the Year” in 1988. A total of 33 hundreds in first-class cricket, with thousand plus in nine of 12 seasons, is not a bad collection. It underlines why, when he switched to the press box, he became one of the more respected journalists and commentators.

Later, of course, I read Roebuck’s articles and heard his voice on the air – keenly analytical, endearingly opinionated and blessed with a very engaging style. Whether writing about the game or airing his views from the commentary box, there was that charming attribute in him that characterises the beloved sports correspondent from Neville Cardus to Henry Blofeld – he made it enjoyable even for the uninitiated. To his tragically last day, he remained a pillar of the Sydney Morning Herald.

My lasting memory will definitely be his comment on the Australians after the infamous Sydney Test match of 2008, marred by atrocious appealing and less than ordinary decisions. He summed it up when he observed that Ricky Ponting had taken a team of professional cricketers and transformed them into a group of rabid dogs. While the comment, expectedly, invited both bouquets and brickbats, I was struck by the guts and passion that he undoubtedly had while writing about the game, and how much of his own man he was in the era of political correctness, someone who was refreshingly direct and pulled no punches.

While his astute observations about the game will no doubt live on, it is the combination of two anecdotes other than his journalistic endeavours that makes this loss almost a personal one for my cricket loving soul.

One was the one recounted by Gavaskar, of his making up world elevens in the slips, something that identifies him with every devoted follower of the game. It speaks of his attachment and love for the sport, the interest in its history and background. The passionate pastime that tunes the strings of the hearts of cricket lovers the world over in one exhilarating symphony.

The other was the observation of his father in Roebuck’s 2005 autobiography, Sometimes I forgot to laugh. Roebuck senior, “Sometimes in orthodox circles, Peter might be regarded as odd, whereas he is merely obscure and oblique. He is an unconventional loner, with an independent outlook on life, an irreverent sense of humour and sometimes a withering tongue.”  It is probably this very trait which resonated within every time I read his writings – and in this sad demise, it makes us feel that we could have done well with more such independence and irreverence touched with humour in the field of sports journalism.

Perhaps, independent as he was said to be in his outlook on life, he looked at death in the same way. We will not dwell on his reasons and rationale for the same but rather revel in the memories that made him the ‘bard of summer’ for cricket loving Australians. 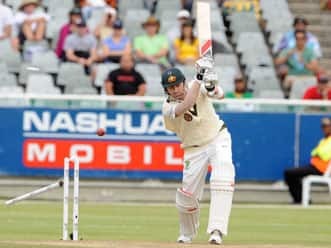