Hughes gets his third opportunity to cement his place in the Australian XI.

The Australian selectors will heave a sigh of relief as the best performer in recent months Phil Hughes finally gets to make it to the national side at the expense of Shane Watson. Abhijit Banare analyses what the return means to the left-hander.

Two days ago, an agitated Philip Hughes had to be convinced by Australia’s national selector Rod Marsh explaining the reason for being left out from the Zimbabwe tour. Steven Smith was preferred over Hughes in the 14-member squad. With two fifties and two unbeaten tons (one of which was a record double century), Hughes, as many would say had forced his way in to the national side. But as fate had in store, days after his disappointment over the exclusion, Shane Watson’s injury provided little window of opportunity for the left-hander.

The four matches in Zimbabwe is all Hughes has to impress the selectors if he has to secure another against Pakistan in UAE. Though he has crossed the first hurdle of making a comeback, he has to pile on runs like he did in the Quadrangular series to retain his place when David Warner and Shane Watson both come back in to the side with Aaron Finch already doing well at the top.

Going by his failures in Tests and success in limited overs, the 50-over format could be the best chance for Hughes to fight his way to bag a regular spot in the team.

Hughes a long-term prospect? Seldom do Australian players get a second chance and are persisted with. But Hughes has been in and out of the team for a while now, excluded thrice from the team. He is very well aware of what is needed to succeed at this level and the taste of failures and forced exclusion would’ve changed him in to a much more mature player. He has already developed in to a solid limited overs player.

If Hughes does manage to impress in the limited overs, it would be an uphill task to cement his place in the Tests. Having been found out technically on previous occasions, there will some apprehensions in the near future regarding his ability in the longest format. With a settled opening pair in David Warner and Chris Rogers, there’s little scope for him to find a spot there soon. At 25, Hughes can still afford to keep piling on runs and wait for his opportunity. Apart from that, he will be frantically hoping that the selectors give him due regard for his runs in domestic level.

And there are few better endorsements than from the captain of the team. When Michael Clarke states Hughes as a ‘100-Test’ player, it’s an indication that Hughes is well in contention for the long run. For  it to materialise, Hughes will have to do what most domestic Indian batsmen have to do to guarantee a place in the national side — pile on runs in 50s and 100s. 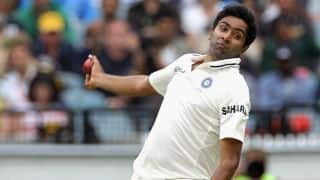