If there is one man who has had a sleepless night, it will be Abbott.

Batting for South Australia (SA) against New South Wales (NSW), Phillip Hughes was felled by a bouncer from Sean Abbott at Sydney Cricket Ground (SCG). While wishing Hughes a speedy recovery, Abhishek Mukherjee looks at the man who had perhaps been affected by the blow the most.

Did Phillip Hughes’ injury happen because of a faulty helmet? Or is the design of the helmet faulty in general? Have helmets reduced the reflex and technique of batsmen across the world? Do batsmen of today take their eyes off the ball more than they used to do in the pre-helmet era? Have helmets developed a false sense of security in them?

While the Australian medical army is going full guns to bring Hughes back into action at the earliest, let us also spare a thought for 22-year old fast-medium NSW bowler. Abbott is not express by any standards, but that particular delivery had taken off; Hughes had taken his eye off, and the ball struck a blow that turned out to be too serious for comfort.

All this brings us to the question: what is Abbott going through right now?

There have been men who had hit batsmen deliberately, or had at least wanted to do the same. Roy Gilchrist, for example, had a clear opinion: “I have searched the rule books and there is not a word in any of them that says a fellow cannot bowl a fast full-toss at a batsman”. He bowled bouncers and beamers at will, and unleashed a beamer at Kripal Singh from a distance of 18 yards after being hit for three consecutive fours: his Test career ended after he bowled three consecutive beamers at Swaranjit Singh.

There were others as well. While one cannot ignore that Bodyline was a revolutionary tactic, it cannot be denied that Douglas Jardine had ordered Harold Larwood and co. to bowl at the batsman’s body with a phalanx of short-legs prowling around. The Englishmen were aware that protective gear was still in its primitive stage, but that did not stop them from bouncing.

Fortunately, Larwood did not seem to be as remorseless as Gilchrist. When he hit Bert Oldfield at Adelaide Oval on the skull off the batsman’s edge, Larwood immediately ran up to apologise. Oldfield, before losing consciousness, admitted: “it wasn’t your fault, Harold”.

What of Jeff Thomson, then? What of the man who famously said “The sound of the ball hitting the batsman’s skull was music to my ears”? His more illustrious partner was no saint, either. In Back to the Mark, Dennis Lillee famously wrote: “I try to hit a batsman in the rib-cage when I bowl a purposeful bouncer, and I want it to hurt so much that the batsman doesn’t want to face me anymore.”

Were they speaking from their hearts? Len Pascoe was as brutal (they had named a hospital ward after Thomson and Pascoe, who went to the same school and played for the same club). He was fast and never hesitated to bounce, but once he hit Sandeep Patil behind his ears and saw him collapse in a heap he decided to quit soon afterwards.

Clive Lloyd’s men were at least as ruthless. Michael Holding and Wayne Daniel were brutal on at Sabina Park in 1975-76, where  the Indians were battered and bruised all over (they lost only 11 wickets in the Test and Bishan Bedi had to declare twice). With Andy Roberts joining the fray, they were no less brutal on a 45-year old Brian Close and a 39-year old John Edrich at Old Trafford later that year.

What did Malcolm Marshall feel after he finished Andy Lloyd’s career? What would have gone through the mind of the champion fast bowler — arguably the greatest in history — when he had hit Mike Gatting’s nose so hard that a shard of bone were found embedded in the ball (mind you, Viv Richards had asked Marshall to deliver the “perfume ball”)?

We know Roberts’ opinion, for sure. Fire of Babylon portrayed his reaction ages after he hit poor Peter Toohey between his eyes. The batsman had reeled helplessly, and it took the powerful forearms of Richards to stop the fall. Roberts confessed that he could not show his emotions on the field (he continued to bounce at Toohey once the Australian returned): “the sympathy was here,” Roberts later admitted, his finger pointing at his heart.

John Snow did not stop bouncing after he felled Terry Jenner. There is no doubt that Allan Donald wanted to hit the rank tail-ender Sultan Zarawani when the UAE captain had dared to walk out in a sunhat to face him; close to a century back, when Ernie Jones had slipped one through WG Grace’s beard, his reaction was a mere “Sorry, Doctor, she slipped”.

On the contrary, John Platts, the MCC round-arm speedster, never bowled fast after his bouncer killed Nottinghamshire’s John Summers in 1870. Charlie Griffith had famously cried when he got to know the extent of the blow he had dished out to Nari Contractor. Peter Lever had wanted to retire after Ewen Chatfield had been clinically dead for those few minutes (“I felt sick and ashamed at what I had done and all I could think when I got back to the pavilion was that I wanted to retire”).

Abbott’s blow was certainly unintentional. He had even played alongside Hughes, against Pakistan at Dubai. If there is one man (barring those who have witnessed Hughes blossom into the fine man that he is) who has had a sleepless night, it will be Abbott. He has perhaps been the loneliest cricketer for the night (and it had been a long night for him), and will remain so till Hughes makes a full recovery.

The blow was not intentional. Let us, while wishing Hughes a speedy recovery, reach out to him — assuring that we are with him. We will be with him. 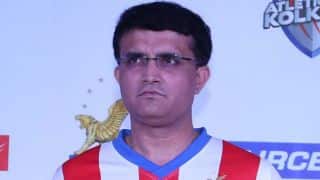 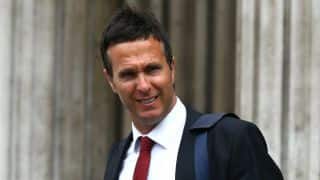