Phillip Hughes, born November 30, 1988, was an Australian opening batsman. He passed away three days before his 26th birthday after being struck on the head by a bouncer during a First-Class match between South Australia and New South Wales at the SCG.

The oyster shells fill the banks of the Nambucca River,

The spines of the heartbroken continue to shiver.

The shadow of the lantern is sadly hidden,

The merry go round stopped to a halt,

The Pub with No Beer so empty, but nobody’s fault.

A sea of flowers surrounded the lily pond,

Essays of ink from far and beyond,

An eerie silence in the shopping mall.

Grey Nicholls scoops laid out on the grassy lawns,

A world hit by such an aberration,

A hero embraced with admiration.

Teammates cut off at the umbilical cord,

A family disengaged by the one they adored.

A community crippled by the loss of one of its own,

A mother’s pain heard under the marble walls,

A proud captain answers all of the calls.

A fathers eyes so distant from the front gate,

Pouring a shower of love for his best mate.

A brother so grateful for the memories in the backyard,

So proud of him for making the battle so hard.

A sister now lost in a world without her rock,

But still attached at every tick of the clock.

And as the church bells sounded amidst the shuffling of feet,

An air of despondency gathered out on the street,

A veil of melancholy touched hips.

And as an immortal disappeared into the distant sun,

An eternal legacy had just begun. 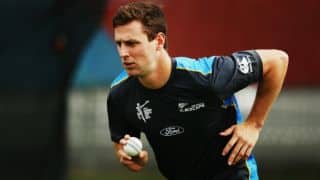