Choose one bowler from the below 10 you think did a fantastic job and stood out from others.

The year 2015 witnessed 80 Tests being played across the countries. These games produced some exceptional bowling and mind blowing cricket. There were many scintillating individual performances which caught the eye. There were few bowlers whose performances made them stand out from their imminent peers. As it has always been a saying that cricket is a batsman s game yet there are few bowlers who prove the statement wrong. Bowling in Test cricket demands enormous stamina and mettle.

Many young legs had an impressive run in the whole calendar year and played a key role in their team s success. The contenders for the top most spot are as many as 10. Ravichandran Ashwin who bowled exceptionally is the toughest contender as he is also the leading wicket-taker of the year with 72 scalps to his name.

Stuart Broad has also been a sensation in Test cricket and one of the toughest contenders. He was phenomenal in the Ashes Test at Trent Bridge and bowled a dream spell of 8 for 15. He had 51 wickets in 12 Tests at a remarkable average of 25.09.

Josh Hazlewood is tipped to be the next Glenn McGrath of Australia and rightly so for his immaculate line and length. In 11 Tests he had 51 wickets in his basket and an outstanding average of 21.6.

James Anderson s swing and menacing pace has been a situation to tackle since his inception and this year too he troubled a lot of batsmen at the crease. Yasir Shah has played a key role in Pakistan s successful run in Test cricket, he rekindles memories of legendary Shane Warne with his leg-spin.

Mitchell Starc too have been magnificent with the red ball as he is deadly with the white one. The other fighters for this spot are Nathan Lyon, Dhammika PrasadRavindra Jadeja and Amit Mishra. 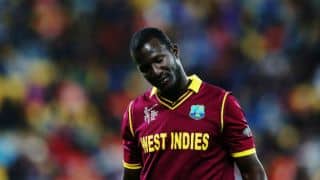 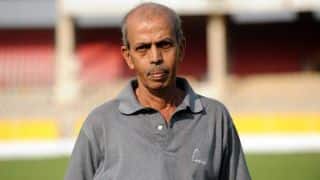