While the Indian premier League (IPL) hogged all the limelight, domestic cricket was almost pushed into oblivion. However, it is the foundation of Indian cricket and the BCCI technical committee’s recommendations promises to pump life into it. Nishad Pai Vaidya reviews the recommendations and examines what they hold for the future. 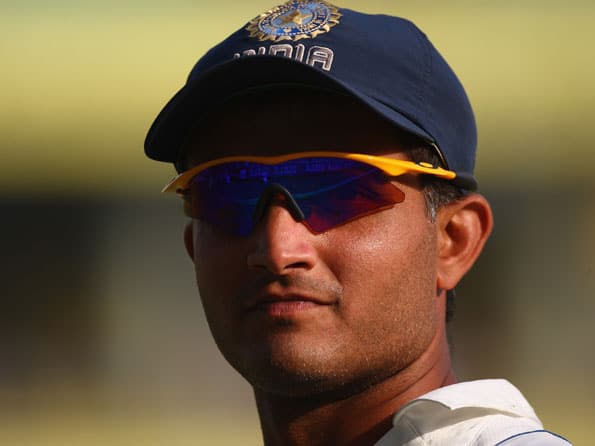 The Board of Control for Cricket in India’s (BCCI) technical committee, headed by Sourav Ganguly, has recommended steps in that endeavor, that promise to raise the standards of the domestic game © Getty Images

While the Indian premier League (IPL) hogged all the limelight, domestic cricket was almost pushed into oblivion. However, it is the foundation of Indian cricket and the BCCI technical committee’s recommendations promises to pump life into it. Nishad Pai Vaidya reviews the recommendations and examines what they hold for the future.

It is often said that change begins from within as introspection is a powerful tool in the aftermath of failure. The shocking eight consecutive Test defeats overseas marked the nadir of Indian cricket and urgent measures were the need of the hour. The Board of Control for Cricket in India’s (BCCI) technical committee, headed by Sourav Ganguly, has recommended steps in that endeavor, that promise to raise the standards of the domestic game.

The Indian premier League (IPL) had been pointed as the jack of all evils by a significant number. However, domestic tournaments such as the Ranji Trophy, Duleep Trophy and the Vijay Hazare Trophy are the real talent pools and the roots of Indian cricket. If the roots aren’t healthy, how can one expect the tree to flourish? Let us have a look at some of the proposed changes to the Indian domestic structure and see what they possibly have in store.

One of the most significant changes recommended is the overhaul to the Ranji Trophy format. The Elite and Plate grouping would now make way for three divisions with nine teams each. As a result, the teams get to play eight games in the league phase – more than the current numbers. In fact, teams in the Plate league get to play as few as five Ranji games a season. What this does is that it allows the players more chances, the teams more breathing space to make a comeback in case they falter early on and the selectors get the opportunities to go on longer talent scouting missions.

The recommended points system would also help spice up things. As Ganguly said, “If you win an outright [match] you get six instead of five points and if you win by 10 wickets, you get a bonus point, making it seven.”

Anil Kumble pointed out that all these changes would help make domestic cricket more competitive. As a result, the captains would push for victories rather than chase a first-innings lead. An outright win would be the preferred target and teams may put in more clinical performances to achieve them.

The Ranji Trophy season sees too many “wins” on the basis of first-innings leads. There have been occasions where captains have been criticised for their negative tactics in stalling proceedings and building a huge first innings score. Such moves kill the game and keep the crowds away. If the new format is put in place, captains would naturally become more positive as more points would be at stake.

The knock-out stages in particular needed the extra dynamism and if they are extended to the proposed five days, a first-innings lead alone may not be enough for teams to progress further. Only the final has been a five-day affair, but now the quarters and semis also get the extra day. In a four day game, the team that has conceded the lead has little leeway to make a comeback. The fifth day allows them more time and the team with the advantage cannot rest. Even if a team bats two and half days to set a huge total, the opposition may have enough time to overhaul the challenge.

The most encouraging aspect of the whole affair has been the emphasis given to the quality of pitches. The domestic season is a witness to different kinds of pitches, from the placid ones that produce high scoring draws to the sub-standard ones that are undoubtedly disgraceful. If the pitches are monitored, then the BCCI can help further its aims of making domestic cricket more competitive. The high-scoring draws kill the competition and the under-prepared wickets make it a real struggle for teams unaccustomed to the conditions. By setting a standard for pitches, the BCCI would be able to avoid such farcical encounters.

The horrendous tours of England and Australia exposed a number of frailties in the Indian ranks. The alien conditions gave them nightmares as they couldn’t make the requisite adjustments. By making similar pitches at the domestic level, the up and coming Indian players would get valuable experience in tackling such conditions. Although the conditions wouldn’t be exactly the same, it would however help build a good foundation which would hold the players in good stead. The fast bowlers too mustn’t be forgotten as helpful wickets would certainly aid their development. There would be greater incentives to bowl on greener tracks rather than the typical slow and low sub-continental surfaces.

Coming to one-day cricket, it is heartening to see the committee keeping the interests of the bowlers in mind. The two bouncer per over rule would certainly give more teeth to the fast-bowler. The bouncer has always been a very potent surprise weapon as it has the power to create doubts in the minds of the batsmen. The one-bouncer per over rule had limited its use and the bowlers had to plan their over well. If it was bowled early in the over, the batsman would generally feel more relaxed as it would have been out of the way. However, with the second one coming, there would be a more cautious mindset and it would make an even contest between bat and ball.

The 12-over per bowler recommendation also gives them more say in the game. As Kumble said, it gives the captains more room for strategising. They can now use their best bowlers in a number spells spread across a longer duration. Consider the example of a team having a Lasith Malinga in their side. He would bowl up-front in the powerplays, a small burst in the middle and a final fling at the death. With the new rules, a captain can now prolong one of the two earlier spells and still have enough overs for a bowler at the death.

Ganguly and Kumble are one of the sharpest cricketing minds in the country and their recommendations would have come after meticulous planning and great thinking. These proposed changes look good and promise to change the face of domestic cricket and must be put into practice. There is absolutely no harm in giving them a go as India need to change things for a better tomorrow. 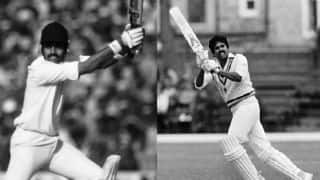 England vs India 1982: When Dilip Vengsarkar and Kapil Dev lit up Lord's

Lasith Malinga will not be banned: SLC president