A week short of turning 21, Quinton de Kock already has three One-Day International (ODI) tons. The South African youngster has made rapid strides in international cricket since the tour to the United Arab Emirates last month and has gradually established himself at the top for the Proteas. Two consecutive hundreds against India, both helping in sealing massive victories have strengthened his spot and vindicated the South African selectors,  who backed this youngster ahead of more experienced and senior players.

There is that typical fearlessness of youth in de Kock’s batting. Through the leg-side, he works them across in a unique manner and backs it up with timing. His off-side play also has a touch of dash and class. It is his exceptional talent that has helped him walk into a very strong South African side that boasts of some big names. In fact, the selectors had backed him right after he graduated from the Under-19 level as his talent was obvious and it had to be blooded into the big league.

De Kock’s arrival at the big stage spells good news for South Africa for many reasons. Graeme Smith has been struggling in ODIs and the youngster has filled into his big shoes in the format. He walks out alongside the classy Hashim Amla — whose style and approach is contrasting yet they complement each other very well. In two games against India so far, they have stitched together stands over 150 quite easily and it was dominance all the way. They paced the partnership very well and had planned it at almost every stage.

As discussed by a few commentators, one may feel that Amla is a touch slower as de Kock has more punch to his game. However, Amla catches up with time as runs flow from his bat once he gets his eye in. On the other hand, de Kock takes the responsibility of picking up the scoring-rate early on. Both have shown the tendency to get their eye in and then milk the bowling. Even if boundaries are hard to come by, they keep working the strike over and keep the scoreboard ticking. Amla’s presence in the middle should help the youngster tremendously for the right-hander is one of calmest batsmen in the world. He can help de Kock temper his game and pace it well. So far, it has worked wonders for South Africa.

The other reason why de Kock’s inclusion helps South Africa is his wicket-keeping. In him, they have found an able foil to AB de Villiers and it takes pressure off the South African captain. The Proteas needed a wicketkeeper with sound batting ability as the modern game demands a stumper who can do his bit with the bat. They did pin their hopes on de Villiers, but the pressure of playing all three formats and donning that role was too much for the South African one-day skipper. Here, they have a bloke who not only bats, but gives it a fair whack at the top of the order. De Villiers can now focus on his captaincy and batting as the youngster has taken that pressure off him.

South Africa would now await his arrival in the Test arena. After Mark Boucher’s tragic unfortunate from international cricket due to an eye injury, de Villiers had to don the gloves; battling the body for the nation’s cause. They had Thami Tsolekile in the reserves, but South Africa needed stronger batsmen in the fold. Now that de Kock has emerged, he may be a Test prospect somewhere down the line. It would help South Africa preserve de Villiers as well; keeping him away from injuries. However, de Kock has only played 18 First-Class games and the selectors may want him to play that format more. He has shown promise in one-day cricket, but graduation into Tests may need some time.

So far, de Kock has shown that he is their next big star. The likes of Jacques Kallis, de Villiers and Smith walked into the South African setup in their early 20s and formed the backbone of the side. If he maintains consistency and form, there is no reason why he shouldn’t walk into their league in the future. As pointed out in a piece earlier, while tracing de Kock’s career, there is excitement about this wicketkeeper-batsman. In the past, they’ve had stumpers in Boucher and Dave Richardson, who batted down the order. And, now they have one who takes the charge upfront. 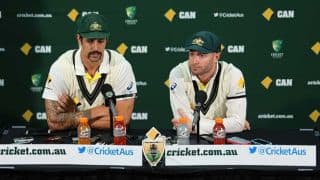 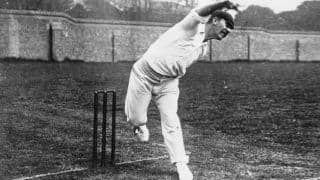