If de Kock does not do well in the final ODI against Bangladesh, South Africa should look to drop him.

Quinton de Kock has scored merely 37 runs from the first two One-Day Internationals (ODIs) and 56 runs from the two Twenty20 Internationals (T20Is) in the current tour of Bangladesh. He has suffered a lack of form for some time now. Sudatta Mukherjee writes that de Kock’s poor form at the top is hurting South Africa.

Quinton de Kock has played 46 One-Day Internationals (ODIs) for South Africa and has a batting average of 37.90. He has been South Africa’s premier opener and wicketkeeper in recent times. He has played 43 of his 46 matches as an opener and his average stands at 38.63.

However, his last few ODI performances have not been as promising as South Africa would want. From his last 10 ODIs, he has scored only one half-century; even that was in a match where there was not much pressure. He scored an unbeaten 78 in the ICC Cricket World Cup 2015 quarter-final against Sri Lanka, where South Africa were chasing down a target of 134. His score has gone past 20 only on three occasions from the last 10 ODIs, including the World Cup quarter-final against Sri Lanka. READ: Shakib Al Hasan must step up to help Bangladesh be consistent

De Kock showed promises of a glittering career when he hit three back-to-back centuries against the visiting India in December 2013. However, de Kock’s performances outside of Africa have not been too impressive. In Africa he averages 41.78, whereas in Asia and Australia (the continent), his averages are 39.72 and 31.21 respectively.

De Kock’s problem has been that he is unable to convert the starts into a big score. Twice in the current ODI series he has tried to play an extravagant shot only to be caught at cover or backward point. He has been playing the same kind of shots, edging the delivery outside off and playing at deliveries he should have left. READ: Bangladesh await their biggest test at home against South Africa

With Colin Ingram and Morne van Wyk still waiting in contention, de Kock should be worried. Both Ingram and van Wyk have better averages than de Kock in List A cricket. While Ingram averages 43.72 from 132 matches, van Wyk averages 41.79 from 223 matches. However, with age on his side, de Kock can always come back and better himself. Probably AB de Villiers guidance can help the youngster get back in form.

If de Kock does not do well in the final ODI against Bangladesh, South Africa should look to drop him and opt for the more experienced Ingram or van Wyk. In the meantime, de Kock can work with former batting legends from South Africa to save the axe. READ: Bangladesh or Pakistan: Who will qualify for ICC Champions Trophy 2017? 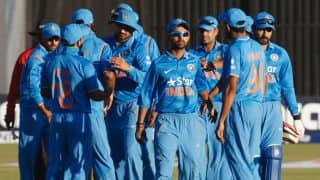 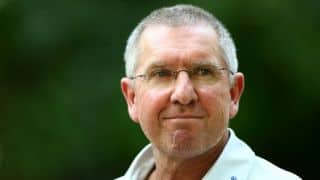