In South Africa, rugby is primarily patronised by Afrikaners and the Cape Malays, soccer mostly by the Black Africans, but cricket is for everyone.

On my last day in South Africa, as I rushed through the turnstiles at Johannesburg s OR Tambo Airport, I couldn t escape this pervasive image screaming out from the front page of every daily. It showed South African skipper Faf du Plessis, in a moment of unabashed affection planting a kiss on the forehead of 21-year-old Kagiso Rabada, who had put in a match-winning performance against eternal rivals Australia.

It was November 8, 2016. The South Africans had defeated the Aussies in their own backyard at Perth. It was therefore a moment of great pride in this sport loving nation, and a welcome diversion from the gloom of the past few months. The nation had been rocked by massive and occasionally violent protests in Universities that had rekindled debates on race, privilege and disparity in this deeply-divided society.

The photograph stood out for its obvious and powerful symbolism. The camaraderie between the captain, a white Afrikaner, and a young black African, represented an ideal for South Africans to aspire to. Such narratives, however, are more easily scripted in the realm of sport than reality.

That photograph has only grown in significance in the months that have followed. South African cricket is facing arguably its biggest crisis post the apartheid ban, with a host of players (mostly white) exiting the South African system, on Kolpak deals to play for English counties, thus rendering them ineligible to represent the nation.

The trigger for this exodus, ostensibly, is the aggressive transformation targets prescribed by Cricket South Africa (CSA), the sport s national governing authority. The rules prescribe that the playing XI should comprise a minimum of six players of colour including two black Africans on an average throughout the season. This ruling has seemingly alienated some white players, who perceive their prospects of representing the nation diminished.

Reservations of any sort in sport are bound to be contentious and I believed that sport is the ultimate bastion of meritocracy, where skill and skill alone determines the players out on the pitch. However, one must acknowledge the transformative potential of popular sports, especially in a society such as South Africa that is still recovering from the horrors of apartheid.

My experiences in this beautiful and diverse country, with its complex reality, offered me a glimpse into this paradox.

I spent an evening at the iconic Wynberg Boys High School, located in the sprawling and beautiful Wynberg suburb of Cape Town. There was a match in progress in one of the three cricket grounds that the school boasts of. The landscape is awe-inspiring, with the lush green turf and the fabled table mountain in the backdrop.

It was in these same grounds that a certain Jacques Kallis cut his teeth before securing his place in the cricketing pantheon. South Africa has a network of about 40 stellar secondary cricket schools that provide the nation (and other Test-playing countries) an assembly line of impressive cricketers. Cape Town also counts amongst its sons, the famed duo of Vernon Philander and Temba Bavuma. This is instrumental, since in apartheid South Africa, these schools were exclusively reserved for whites.

In his fledgling international career, Bavuma, 26, has shattered several glass ceilings. In 13 years post apartheid, he is the first black African to represent the nation as a specialist batsman. He is fulfilling his promise, having become the first black centurion for South Africa, against England in January 2016. I came to realise, rather incidentally, that his performances have earned him a cult status.

October 26, 2016. Student protests in the Western Cape had reached a crescendo, with thousands of students marching on the Parliament in Cape Town. I was watching a play titled The Fall, an extremely powerful performance based on the student led resistance underway in campuses across South Africa. Through a series of stirring personal accounts, the performers reflect on the issues of race, patriarchy and the lingering colonial legacy in the country s tertiary education.

One of the characters, a young black African and aspiring Test batsman, expresses his dream of wearing the green and gold of the Proteas, just like Temba Bavuma! However, he is frustrated by the lack of opportunities afforded in the varsity team, where the coach, despite acknowledging his obvious talent, doesn t pick him in the mostly white playing XI, citing issues of team chemistry .

The University of Free State is situated in Bloemfontein, capital of the erstwhile Orange Free State, heart of the Boer country, and a one-time Afrikaner bastion. The shadow of racism looms heavily over the campus, and the residences remain mostly segregated. Attempts at integration of hostels in 2008 led to riots and some rather distressing incidents that sparked national outrage.

Wayde Van Niekerk, one of its wards, has accomplished greatness by winning the 400m gold at the 2016 Rio Olympics, shattering Michael Johnson s 17-year-old record in the process. There are huge banners celebrating Niekerk, who is of coloured (mixed black and white) descent, throughout the campus.

I ask my friend Siya, a student at UFS, what he thinks of this. His response was rather illuminating: Racism remains rife on campus, but when one of us, black or coloured folks, accomplishes something, they celebrate us, because we give them a good name internationally.

We are dining at a restaurant that offers a view of the Mangaung Cricket Oval in Bloemfontein, and the conversation shifts to CSA s transformation targets. Melissa, whose father played school cricket with the likes of Allan Donald and Hansie Cronje, opines that the policies, while well-intentioned, are myopic: We simply do not have the kind of academies that can cater to these targets. The strength of the playing XI may suffer as a consequence.

During my travels across South Africa, I realised the promise that cricket holds in fostering social cohesion. Rugby is a sport primarily patronised by Afrikaners and the Cape Malays, soccer mostly by the Black Africans, but cricket is for everyone: whites, blacks, coloureds, Asians, everyone celebrate the sport as their own.

From the awe-inspiring environs of Newlands to Kingsmead, the crowds that throng these cricketing arenas transcend the racial divisions that still unfortunately blight many aspects of South African life. It is therefore of paramount importance to ensure that cricket remains a sport for everyone, and while the transformation targets might take an immediate toll, their longer-term objective is a scenario where this reservation would be redundant. As I left the country, I endeavoured to always root for the Proteas, and I hope that this beautiful and diverse country prevails against significant odds. IPL 2018 Auction: Complete list of squads of all franchises 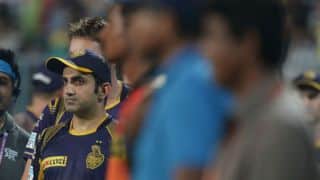