Rahul Dravid's textbook batting has given life to the coaching manual

Rahul Dravid's textbook batting has given life to the coaching manual

Dravid’s epic ongoing battles in England are reminiscent of Tendulkar of the 1990s.

Rahul Dravid’s epic ongoing battles in England are reminiscent of Sachin Tendulkar of the 1990s. During the 90s, the Indian batting was considered a one-man army as Tendulkar dominated the scene. When he was dismissed, Indian cricket fans turned off their TV sets and oppositions smelt victories. Now, in 2011, the dismissal of Dravid has given England the belief — and not wrongly — that half their battle was won.

The Indians have struggled in England, but Dravid has been an exception by some distance. Throughout his career he has dared to stare adversity in the eye with his guts and grit, and more often than not emerged victorious. It is very sad that his hundreds in this series haven’t produced the positive results for India. And no one would be more disappointed than this fine team man.

Dravid has increasingly got better as the series progressed. His hundred at Lord’s was gritty as he battled the bowlers and stuck it out in the middle. Trent Bridge witnessed a better performance as was in control of his shots. His hundred at The Oval was a masterpiece because of its flair and solidity.

The feature of Dravid’s summer has been the way he has played behind on the off side. Batsmen usually avoid these shots because of the risk of edging it to slips. But even when he wasn’t at his fluent best at Lord’s or for that matter even Trent Bridge, he didn’t hesitate to open his blade to guide the ball through third man. He bisected the gaps between point and gully or gully and third slip with geometric precision.

Here is a look at the number of runs he has scored behind on the off side in scoring the three hundreds of the series.

One of the biggest differences between him and the other Indian batsmen has been the way he has controlled his shots through the offside. Some of the Indian batsmen have tentatively poked at deliveries outside the off stump, but Dravid’s superior technique has allowed him to play the ball late. The shots that have gone fine to third man were well controlled as he played them with soft hands to deny the slips any chances of a catch.

The innings at The Oval was an absolute gem as he played shots all around the ground and total control. Some of the shots through the leg side were straight out of the coaching manual as the head was balanced and the eyes watched the ball on to the bat and through the area he wanted to play it. As the England fast bowlers and Graeme Swann made life difficult for the Indian batsmen, Dravid played each one of them with assurance and timed his shots to perfection. The fact that he scored almost half of India’s runs in the first innings is evidence of the value he got compared to the rest of the line-up.

Although the Indian batsmen have been dismal, the English bowlers have been professional, disciplined and classy. But it wasn’t impossible to bat against them as Dravid proved so emphatically.

The lasting images of India’s otherwise disastrous tour of England will be Dravid’s demonstration of the art of textbook batting in Test cricket. What a player! Majola to continue as CEO of CSA 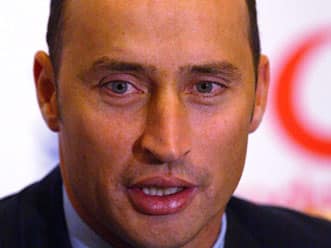