Tarot reader Shruti Chopra looks into her cards to give CricketCountry.com readers insights into what lies ahead in the IPL matches. In this piece, she dwells into the Rajasthan Royals vs Kolkata Knight Riders game – the first game of the two IPL game scheduled for Sunday. 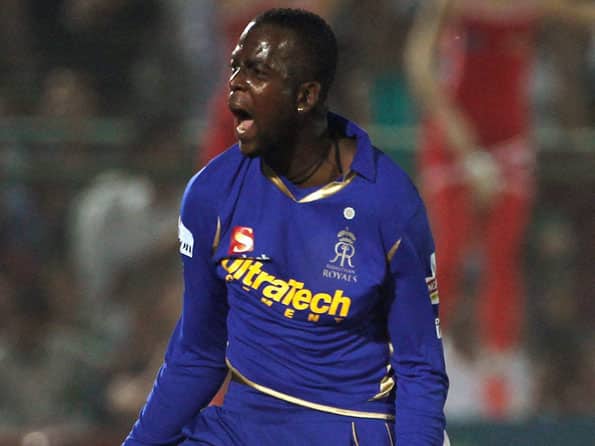 Tarot reader Shruti Chopra looks into her cards to give CricketCountry.com readers insights into what lies ahead in the IPL matches. In this piece, she dwells into the Rajasthan Royals vs Kolkata Knight Riders game – the first game of the two IPL game scheduled for Sunday.

The Royals are charged up, and ready to register another win – that’s the attitude that they will come into with this game. They are blessed with a balanced mindset and are ready to behave like the Magician, meaning they will put all their plans in place and will work hard to get their desired result. The team will play confidently and as suggested by the Lovers card will be able to put together some promising partnerships in batting, by bowling in tandem and through some good fielding efforts. The Royals have immense potential to come up with an all-round performance.

Rahul Dravid will be a strong leader, just like the King of Wands – someone who is actively leading and enforcing the team’s plans. As a batsman, Dravid will need to be more focused as responsibilities of captaincy may cloud his judgment. If he manages to keep this focus, then the Chariot is ready to see him through to some success in making runs.

Ajinkya Rahane is still carrying some disappointment of not getting to his century in the last match. He will need to get over that disappointment pretty fast, simply because there is such potential in him to do well and play a very stable and strong innings.

Ashok Menaria will have a great start and as the Nine of Pentacles reflects, he will be able to score well, but may just play a silly shot and end the positive momentum he would be in.

Kevon Cooper made a dream Indian Premier League (IPL) debut and will carry that form into this match as well. He will have a good start here too, but it’ll be more beneficial if he directs his energy a little better to have a better ending to his bowling spell.

Johan Botha, if given an opportunity, will need to grab this one with both hands.

Brad Hodge’s performance will go up and down; he has the potential to play well, and also lose his way! Hopefully he’ll be able to keep it together.

The Kolkata Knight Riders (KKR) will need to lose any apprehensions from their previous loss if they have a desire to fight this one, which they will be able to since they have the hunger, but it needs to be better directed. The last 10 overs of the match, represented by the King & Ace of Pentacles are looking quite strong for KKR and it will be important for them to capitalise on this – they might just sneak through if they use this time well.

Gautam Gambhir will be under tremendous, self-inflicted pressure. However, he definitely has the ability to rise to the challenge. In fact, he will need to if he wishes to captain KKR to a win. He will need to come out of his shell and be a bit more positively aggressive.

Manoj Tiwary has all the possibilities to be in command by showcasing some strong batting.

Jacques Kallis, represented by the Empress and the Queen of Pentacles, will provide the team with much-needed experience and expertise. His contribution with the ball and bat will be highly valuable.

Yusuf Pathan will feel pressured to perform and will come out with a point to prove. If he remains focused in the initial part of his innings, he has great possibility to play very well.

Brendon McCullum seems to be carrying too much on his mind, as if he feels he has too much to prove. It might be tough for him to come out of this mindset.

Brett Lee will be economical and will bowl with consistency.

I would love to see KKR get their first win, but this time I would go with Rajasthan Royals since their captain, Dravid, is looking mentally stronger to implement the team’s game plan.

IPL 2012: MS Dhoni happy to be back on winning side