Rajasthan Royals (RR) is a franchise associated with a lot of controversy since the inception of Indian Premier League (IPL). Ahead of the commencement of IPL 2018, RR found itself in the eye of the storm, thanks to their (former) lead player Steven Smith. Smith s admission in the Australia ball-tampering case, led to his resigning (sack?) from the post of the skipper, and catapulting the team s plans in a limbo.

Recap to January 2018, RR came with a set plan in the players auction; they wanted to make a team around Smith. Returning from a two-years ban, RR adopted their tried-and-tested method of blending the young with the stars. Their selection was mainly based on Smith s expertise leading Rising Pune Supergiant in IPL 10. They fiercely bid for Ben Stokes and Jaydev Unadkat; eventually attaining them for INR 12.5 and 11.5 cr respectively. The amount of money spent by the franchise in IPL 2018 auction was rare and signalled change in process.

Stokes’ ability to control the middle overs and Unadkat’s skills in the death overs guided RPS to final of IPL 11. RR would look to re-kindle this again.

With Shane Warne heading the back room staff, one can expect fireworks on the field. His flamboyance approach will be met by Ajinkya Rahane s calmness. Both working in tandem, means fans and lovers of the game will see an intriguing concoction of ideas. Warne and Smith would have been a deadly couple, but Warne and Rahane also pose a threat to others.

Strengths: RR has rich mix of Indian and international stars; Rahane, Stokes, Jos Buttler, Stuart Binny and Sajnu Samson make for a formidable core unit. Add in the minds of Warne, Amol Majumdar and Sairaj Bahutule, it makes for a sharp think-tank.

Weakness: Absence of STEVEN SMITH. Smith s ability to milk bowlers, and muster the team from the front will be missed. Major concern for RR this season is lack of a frontline spinner. Gowtham, Gopal will be joined by Mahipal Lomor and Afghanistan’s Zahir Khan in the spinning department. Bahutule, a spinner himself, could very well nurture them.

The over reliance on their all-rounders can bite them in the back as well.

Opportunities: With such a young team, Royals have players who are keen to prove their mantle. Domestic talents like Gopal, Gowtham, Anureet Singh and Chopra can bring their domestic laurels into prominence. Heinrich Klassen’s inclusion makes for a valuable addition to the mix.

The likes of D’Arcy Short and Jofra Archer will also be eager to snatch the spotlight. They managed to sustain their talent in BBL, but IPL is another beast. Few Indian internationals such as Binny, Samson, Dhawal Kulkarni would look to regain their lost fame once again.

Threats: Lack of direction, a team that was purchased keeping in mind Smith. It would be difficult for Warne to introduce Rahane’s scheme at such a latter stage. But knowing Warne, he will manage to pull it off.

There a lot of local players, who have never seen a packed stadium, it would be interesting to witness how they cope up to the adulation. Stokes, Buttler and Archer are coming off poor form or injuries, their role across departments will be crucial for RR’s success well. 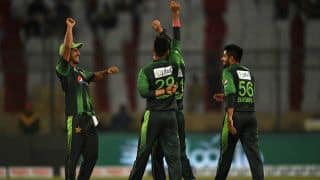