Sarwan was one of the mainstays of the West Indian batting in the 2000s.

Ramnaresh Sarwan, born June 23, 1980, is a West Indian batsman of Indian descent. Sarwan was one of the mainstays of the West Indian batting in the 2000s. On his birthday, Shiamak Unwalla looks at 10 interesting facts about the mild-mannered West Indian.

Born in Guyana, Sarwan hails from a Hindu family of Indian descent. His parents names are Kishan and Kumari Sarwan.

A young Sarwan took to cricket early. In the absence of a proper cricket bat, he would use a beater, a flat bat-shaped instrument used to wash clothes in rural areas.

Sarwan s first innings of note came at the age of 11, when he scored a century in his first match for his school in an Under-12 match.He was soon drafted into the Guyana squad, and at 15 became the youngest ever cricketer to play for a West Indian country.

4. An excellent start and massive praise

Sarwan s Test debut came against the visiting Pakistan at Barbados in 2000. Batting at No. 6, Sarwan scored an excellent, unbeaten 84 off 232 deliveries. He added 116 with the tail to help West Indies take a big first-innings lead though the game finally ended in a draw. However, one of the major takeaways from that innings was English legend Ted Dexter s prediction that Sarwan would average over 50 by the end of his career.

Sarwan had rock-solid temperament and nerves of steel. With fellow Guyanese batsman Shivnarine Chanderpaul, Sarwan often ensured that Lara s genius was not a one-man affair. This grit and courage of Sarwan was best typified during ICC Cricket World Cup 2003 during West Indies match against Sri Lanka. The Lankans batted first and put up 228 at Cape Town. Sarwan was batting at No. 4, but was felled by a Dilhara Fernando bouncer in the 15th over of the chase with West Indies 62 for 2, with Sarwan on 10 off 19 balls.He went off the field, was rushed to a hospital, but returned to continue his innings in the 43rd over. He proceeded to hit Sanath Jayasuriya for a four and a six in the 47th over before hoisting Asoka de Silva for another six in the 48th over. He stood tall amid the ruins, but in the end Chaminda Vaas masterminded Sri Lanka to a six-run win.

The Sarwan-Chanderpaul pair have been prolific for West Indies over the years. But their most vital stand has undoubtedly come in one of the most thrilling Tests of all time. The fourth Test of the Frank Worrell Trophy 2003 was played at Antigua. Coincidentally, both teams scored exactly 240 in their first innings. Australia then piled on 417, leaving the West Indians 418 to win.At 165 for four in the chase, it seemed like West Indies were spiralling toward defeat. Sarwan was then joined by Chanderpaul, and the duo added 123. Sarwan was finally dismissed for 105, while Chanderpaul fell for 104. Omari Banks and Vasbert Drakes then put on an unbroken 46 for the eighth wicket as West Indies won a thrilling match. It is still the highest successful run chase in Test cricket.However that match was perhaps equally well remembered for a less tasteful reason

The above-mentioned match witnessed one of the most infamous on-field confrontations in recent memory. The two men involved were Glenn McGrath and Sarwan. While Chanderpaul and Sarwan were grinding away at the target, the man they called Pigeon rarely known for his sledging had a go at Sarwan, perhaps out of sheer frustration. He is reported to have said, What does Brian Lara s c*ck taste like?

Sarwan usually soft-spoken and refined retorted saying, I don t know, ask your wife. This would have been a harsh enough come-back, but what Sarwan did not know was that his wife Jane McGrath was suffering from cancer, and that Glenn was playing the match only on her insistence.

The understandably incensed McGrath flew into a rage and told nearly got into a physical confrontation with Sarwan.He told the West Indian that if he ever mentioned his wife again, he would rip [Sarwan s] f**king throat out. Bear in mind the difference in size of both men; McGrath well over six feet, and Sarwan just about five and a half.

McGrath later apologised to the shocked Sarwan once he calmed down and realised that the latter had no idea about Jane s illness. To his credit, Sarwan was gracious and offered an apology of his own. McGrath revealed that he regretted the way he reacted, and that he felt he let himself down in the process.

India toured West Indies in 2006, and Sarwan celebrated his 26th birthday in the third Test at St Kitts. Batting on Day Two (his birthday) Sarwan hit Munaf Patel for six fours in six balls (one of which was a no-ball) to move from 75 to 99 in one over! Sarwan ended up with 116 in what was ultimately a draw.

As mentioned earlier, Sarwan is a Hindu, and worships Lord Shiva. According to kaieteurnewsonline.com, Sarwan donated a Lord Shiva idol to the Zeelandia Temple in his hometown of Wakenaam. In addition, he donated $500,000 to aid in the construction of a pavilion at the Wakenaam Community cricket ground.

Sarwan was one of the senior players who has had frequent run-ins with the West Indies Cricket Board (WICB). Board members and members of the support staff spoke out against Sarwan, citing his lack of fitness as the reason. Sarwan denied the claims, but his relationship with the board reached a saturation point after he was dropped from the Test team 2011. Sarwan is yet to retire, but at 35 it seems unlikely that he will make a comeback to the national side. 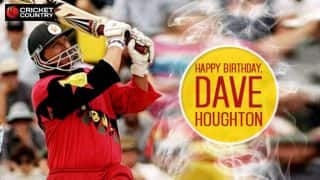 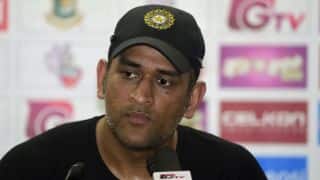