Ramnaresh Sarwan: An atypical Caribbean batsman whose faith is in utility than flamboyance

Ramnaresh Sarwan: An atypical Caribbean batsman whose faith is in utility than flamboyance

Ramnaresh Sarwan, born on June 23, 1980, is a batsman of Indo-Guyanese descent playing for the West Indies. Jaideep Vaidya goes through the career of a man who once formed a formidable West Indies middle-order including Brian Lara and Shivnarine Chanderpaul. 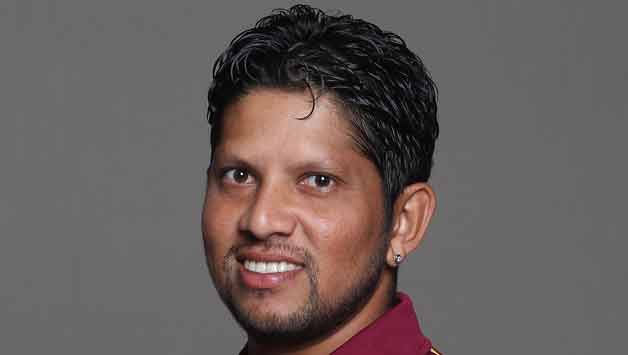 Ramnaresh Sarwan, born on June 23, 1980, is a batsman of Indo-Guyanese descent playing for the West Indies. Jaideep Vaidya goes through the career of a man who once formed a formidable West Indies middle-order including Brian Lara and Shivnarine Chanderpaul.

Born to Kishan and Kumari Sarwan on the 17-square-mile island of Wakenaam, Guyana, Ramnaresh Sarwan would use a beater (a wooden instrument used for washing clothes) to hit balls and chase them around, eventually ending up in a trench. His real cricket started at age 11 when he hit a hundred for his primary school’s Under-12 team in his very first game. He was soon to join the Georgetown Cricket Club (GCC), where former West Indies captain Carl Hooper was so impressed with him that he said, “You will be playing Test cricket one day.” When Sarwan was 15, he represented Guyana against Barbados, becoming the youngest player to represent a Caribbean country. It was here that he earned comparisons with Guyanese batting legend Rohan Kanhai, which provided further encouragement.

Sarwan is your typical utility player. He isn’t a flamboyant hitter who sends balls out of stadiums; neither he is one who thrills purists of the game with immaculate defence and textbook strokes. Sarwan is West Indies’ Do-It-Yourself kit; he will come to the fore when they need him the most and chip in with a practical innings. However, that hasn’t stopped him from scoring over 5,800 runs in Test matches as well as One-Day Internationals (ODIs) averaging 40-plus in both forms of the game. Ramnaresh Sarwan isn’t a flamboyant hitter who sends balls out of stadiums; neither he is one who thrills purists of the game with immaculate defence. He will come to the fore when West Indies need him the most © Getty Images

If Sarwan has failed anyone in his 13-year career so far, it is the great Ted Dexter, who after watching the former’s debut innings of 84 not out against Pakistan said that he will average over fifty at the end of his career. It was a gritty knock under pressure, forged in the absence of the talismanic Brian Lara in May, 2000, at Bridgetown. Coming in to bat at No 6, Sarwan shepherded the innings with the tail and took West Indies to a considerable total of 398 after Pakistan had been bowled out for 253. However, an improved batting performance from the visitors ensured that the visitors eked out a draw.

Sarwan scored another half-century during the tour of England later that year, before being found out in the Australian summer. He could manage scores of only 0, 0, 2, 1, 0 in five innings before eventually scoring a half-century at Sydney, but could not prevent a 5-0 whitewash of his team. For the first couple of years of his career, Sarwan just could not cross into three figures. He would chip in with vital sixties and seventies, even eighties and nineties, but the third column in his scorecard was to remain ink-free for a while. The height of the nearly-there hundreds came at Ahmedabad in an ODI in November, 2002, when Sarwan remained unbeaten on 99 as the West Indies’ innings finished. His scores for the rest of the games of the seven-match series read: 83 not out, 39 not out, 84, 34, 14 and 83.

Finally, in the December of 2002, some good karma came Sarwan’s way. In a double delight, he scored his maiden ODI and Test tons against Bangladesh at Dhaka. It may have come against minnows, but Sarwan would have taken it given the time it took for him to get there: 28 matches and 49 innings. And when Sarwan hit his second Test hundred a few months later, he was to be catapulted to the status of a legend.

West Indies vs Australia, Antigua, 2003, is a match that will forever be etched in the minds of cricket-loving public around the world, until someone usurps the feat that was achieved on a hot day in May at St John’s. The West Indies, set an improbable 418 to win by the mighty Australians, had survived probing spells from Glenn McGrath, Brett Lee and Jason Gillespie, and a barrage of sledges to eventually get there and create history with the highest successful run-chase in the fourth innings. Top-scoring for the Windies was Sarwan, who put on 105 off 139 balls, including 17 boundaries. It was a typical Sarwan innings: full of back-foot cuts, drives and pulls standing back in his crease to the Australian pace trio. It is unfortunate that Sarwan’s innings was somewhat overshadowed by the epic nature of the win and his foul-mouthed exchanges with McGrath.

Sarwan, just 24 at the time, was rewarded with captaincy of the West Indies for an ODI series against Bangladesh in May, 2004. In the Test series that followed, he smashed an unbeaten 261 against the Tigers. He was to be named player of the series. Sarwan took his great form into the 2004 Champions Trophy in England, where he played a vital hand in the West Indies winning their first global tournament since the 1979 World Cup. He smashed three sixes in a 75 against South Africa in the group stages, followed by a crucial 56 against Pakistan in a low-scoring semi-final. He did not do well in the final, but his 166 runs at 83.00 in the tournament was good enough for him to win another man of the series award.

Sarwan’s form continued into the 2005 and 2006 seasons. In 2006, he hit India’s Munaf Patel for six fours in an over in a Test match. The following year, he was to get permanent captaincy of the side following Lara’s retirement in 2007. Injuries restricted his appearances in the team and he was soon to lose out on captaincy to Chris Gayle. However, the demotion did not dishearten him as Sarwan went on score a century and two half-centuries against Sri Lanka at home. In 2009, when West Indies routed England for 51, Sarwan scored 107 that helped the Windies score an easy win. He went on to amass 626 runs in the series, including a career-best 291 at Barbados as the West Indies took the series.

In a dramatic overturn, Sarwan was dropped from the squad in 2010 by the West Indies Cricket Board (WICB) due to fitness concerns. “Ramnaresh’s less than satisfactory and fluctuating fitness levels have directly contributed to multiple injuries thereby causing him to be unavailable for selection to the West Indies team,” said the statement from the management. However, Sarwan saw it in a different way. Talking to the BBC, he said: “[The coach] said some negative stuff that hurt me mentally and emotionally. Mentally I was broken down, not from the stress of playing, it’s just certain individuals have drained me mentally.” Sarwan was to win damages for the board’s comments eventually, and made a return to the side in early 2011. He did well in ODIs but played what still was his last Test so far in Bridgetown in July, 2011.

Having fallen out of favour with the West Indies side, Sarwan signed for Leicestershire in 2012 for a season and did well in a struggling team, scoring four centuries and falling short of 1,000 First-Class due to injury. The West Indies recalled him for the first time in 18 months for an ODI tour to Australia in early 2013, but he could just manage scores of 0, 0 and 12 in three games before being dropped as Australia won 5-0. He found form against Zimbabwe the following month, scoring an unbeaten 120 at Grenada.

Sarwan may be a Caribbean star, but does not live an extravagant lifestyle like some of his mates. He is not on any social networking site and likes to keep his private life shielded from public view. He co-owns a popular sports bar and restaurant in Toronto, named Windies, but still lives with his parents in Eccles. He likes to travel to Miami, where he can “get away from it all and enjoy some much needed peace and quiet”. 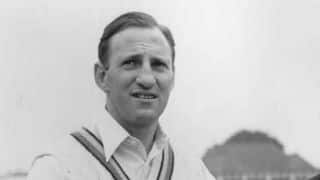 Len Hutton: The master of unparalleled technique and focus