Vidarbha gained steam in the second-half of the tournament en route to their second straight Ranji Trophy final.

After a rather ordinary start ot their 2018-19 Ranji Trophy campaign, defending champions Vidarbha gained steam in the second-half of the tournament en route to their second straight Ranji Trophy final. Here’s how they got there.

Drew against Maharashtra, Round 1

Defending champions Vidarbha had a rather lukewarm start to their Ranji Trophy title defence, getting bowled out for 120 in their first innings in reply to Maharashtra s 343 all out. After Lalit Yadav and Aditya Sarwate had bagged three wickets each to keep Maharashtra under 350, Vidarbha s batsmen were found wanting against Maharashtra s seam bowlers. Wasim Jaffer was the top scorer with 27, while the rest of the batting collapsed. After being enforced the follow on, Vidarbha played like defending champions in the second dog, piling 505/8 decl with skipper Faiz Fazal and Akshay Wadkar scoring centuries and Aditya Sarwate getting 60.

Drew against Karnataka, Round 2

Batting first, half-centuries from Ganesh Satish and Srikanth Wagh helped Vidarbha post 307, with Jagadeesha Suchith emerging the best Karnataka bowler with 4/33. Centuries from Dega Nischal and Sharath BR allowed Karnataka to edge ahead with a 71-run lead. Aditya Sarwate continued his fine form picking up 5 for 91. Suchith bettered his first innings performance with a five-wicket-haul in the second as Vidarbha were bowled out for 228 after half-centuries to Ganesh Satish and Apoorv Wankhede. Chasing a target of 158 to win, Vidarbha had Karnataka on the mat at 76 for 6, courtesy a fiery opening spell from Sarwate (4/24 from 14 overs). But Karnataka survived to play till stumps and manage a draw. Drew against Baroda, Round 3

Vidarbha drew a third straight occasion this time against Baroda but not before their batsmen had a field day. Fazal and Jaffer dominated with the bat, both going on to score over 150, and Akshay Wadkar adding to Baroda bowler s misery with an unbeaten century of his own. The defending champions finally declared on 529 for 6 on a flat surface. Baroda replied strongly through Deepak Hooda and Waghmode s centuries and posted 337. With the follow on enforced, Baroda batted till the end of the match to put on 216 for no less with and Waghmode scoring his second century of the match and his opening partner Kedar Devdhar his first.

Defeated Chhattisgarh by 10 wickets, Round 4

Vidarbha s first win was brought in a rather clinical fashion. Bowling first, Aditya Thakare picked up a five-for to send Chhattisgarh packing for 232, half-centuries from Harpreet Singh and Manoj Singh making up for the bulk of the scoring. Skipper Fazal brought up back-to-back hundreds, third of the season and Akshay Wadkar his second as Vidarbha attained a lead of 100 after declaring at 332 for 6. Lalit Yadav finished with career-best figures of 7 for 56 in the second innings to floor Chhattisgarh for 143. With less than 50 needed to win, Vidarbha brushed aside the target without any damage.

Defeated Railways by 118 runs, Round 6

Railways left-arm spinner Avinash Yadav s five-for restricted Vidarbha to 331, with Fazal, scoring a half-century and Akshay Karnewar missing his century by six runs, and Akshay Wadkar (48), Mohit Kale (46) playing useful hands. Akshay Wakhare led a solid bowling performance by Vidarbha, returning 5 for 71 as Railways were bowled out for 236. In the second innings, Vidarbha were clueless against Harsh Tyagi, whose 7 for 41 skittled the defending champions for 147. Needing 242 to win, Railways batting let them down immensely, and they were bowled out for 124 as Sarwate finished with 6 for 43 from 16.2 overs.

Drew against Gujarat, Round 7

Opting to bat first, Gujarat posted 321 with Kathan Patel scoring a century and Dhruv Rawal and Karan Patel chipping in with crucial half-centuries. Sarwate was once again Vidarbha s pick of the bowlers finishing with 4 for 71 to keep Gujarat to under 350. Vidarbha s strong reply was led by Jaffer scoring 126 along with half-centuries from Wakhare, Wadkar and Satish. Siddharth Desai picked up 8 for 148 to bowl Vidarbha out for 486 after which Karnewar s five-wicket haul 5/73 reduced Gujarat to 214 for 6. 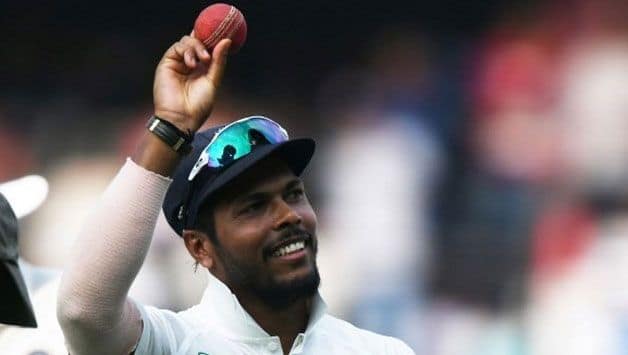 Defeated Mumbai by an innings and 146 runs, Round 8

The 41-time Ranji champions were no match for the defending champions from the moment Vidarbha opted to bat first in Nagpur. Opener Atharwa Taide was unfortunate to miss out on his century by five runs but Jaffer made up for it by scoring his third century of the seasons. His 178 formed the fulcrum of Vidarbha s 511 all out, supported by half-centuries from Sathish and Wankhede. With the ball, Dhrumil Matkar led the way with a five-wicket-haul bowling Mumbai out for 252. Barring Jay Bista, Shubham Ranjane and Matkar, no other batsman resisted. With the follow-on enforced and Mumbai chasing a mountain, their second innings showing was worse, being bundled out for 113 runs with Sarwate picking up another five-for 6 for 48.

Drew against Saurashtra, Round 9

On the final day of their last Round 9 Elite A match against reigning champions Vidarbha, Saurashtra grabbed three points by the virtue of gaining a first-innings lead as the match ended in a tame draw. Harvik Desai, Dharmendrasinh Jadeja and Sheldon Jackson registered half-centuries as Saurashtra posted 356 in their first innings. Skipper Jaydev Unadkat led the way with the ball his 6/56 checking Vidarbha as they declared on 280 for 9 Jaffer and Mohit Kale scoring fifties behind by 66 runs. Saurashtra, in their second inning, batted to score 218 for 2 with Vishwaraj Jadeja scoring an unbeaten century.

Umesh Yadav and Rajneesh Gurbani shared six wickets as Chhattisgarh, batting first, were all out for 355. Avneesh Sudha missed his century by nine runs but Vaibhav Singh s 67 and Saurabh Rawat s century had given Chhattisgarh a respectable total. Vidarbha s strong batting unit came to the fore in reply. Sanjay Ramaswamy hit 141, aided by Jaffer s fourth century of the season a double hundred. Sarwate added more misery, striking a century from No.6. Vidarbha posted a massive 629 all out. With Chhattisgarh needing to bat out of their skins to save this one, Umesh Yadav and Sarwate feasted on their batsmen, each picking up a five-wicket-haul and folding the opposition for 159.

Defeated Kerala by an innings and 11 runs, Semifinal

Against Kerala, Vidarbha registered their third innings victory of the season and sealed their passage to a second straight Ranji Trophy final. The star of the match was Umesh Yadav who finished with match figures of 12 for 79. His 7 for 48 in the first innings skittled Kerala for 106 after which Vidarbha took a 102-run lead. Kerala were worst in their second innings getting bowled out for 91, with Umesh picking up another five-for in the second dig and deservedly walking away with the Player-of-the-Match award. 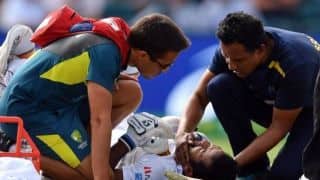 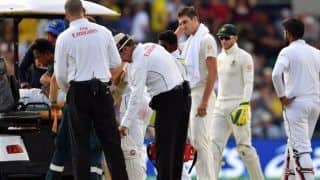