Ranji Trophy: The heroes who held Mumbai’s fort when the big stars were away on national duty — Part 1 of 3

Ranji Trophy: The heroes who held Mumbai’s fort when the big stars were away on national duty — Part 1 of

Mumbai, or erstwhile Bombay, has definitely produced more Test cricketers of quality than any other Ranji Trophy side. As they eye another Ranji triumph, Abhishek Mukherjee looks back at the lesser known stars who had stayed back to serve their team when the big guns were on international duty. 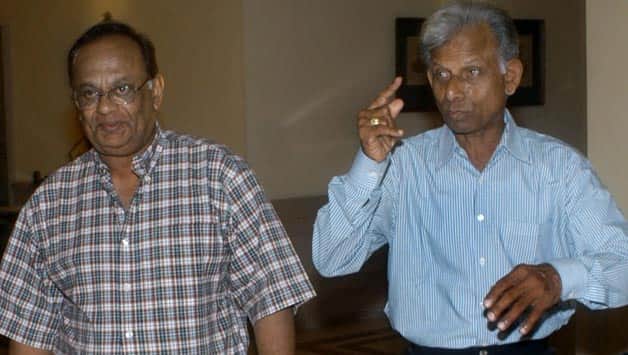 Mumbai, or erstwhile Bombay, has definitely produced more Test cricketers of quality than any other Ranji Trophy side. As they eye another Ranji triumph, Abhishek Mukherjee looks back at the lesser known stars who had stayed back to serve their team when the big guns were on international duty.

In terms of cricket legacy, Mumbai is often compared to the other champion First-Class sides of the world, like Yorkshire, New South Wales and Barbados. The number of world-class cricketers it has produced has not been matched by any other Ranji Trophy side. It has also dominated the Ranji Trophy the way no other team has done in its history. Indeed, they have won the tournament an incredible 39 times – almost six times more than the next name on the list – Delhi.

This means that despite there being times when Mumbai’s Test stars have been on international duty, there has been no shortage of stars to help their side to the national championship on a consistent basis. So, who were these relatively unsung heroes of Mumbai? Let us have a look:
Padmakar Shivalkar

Padmakar Shivalkar was undoubtedly one of the greatest First-Class cricketers not to have played in an official Test. Bishan Bedi being a regular fixture in the Indian side meant that Shivalkar would have to be left out for the majority of his career. But that did not make him lose his motivation.

Shivalkar’s bowling action was uncomplicated. He ran in three steps, and unleashed what looked like innocuous deliveries. The Machiavellian missiles, slow in their arcs and innocent in appearance to the batsman, did turn out to be notoriously dangerous from the moment it hit the turf: his vicious turn and unpredictable bounce were virtually unplayable on turning tracks; but even on flat tracks he gave nothing away with his relentless precision.

Mentored by Vinoo Mankad, Shivalkar had taken 589 wickets from 124 wickets at an average of 19.69, and an economy rate of 2.04. Despite his late Ranji Trophy start due to Bapu Nadkarni’s prevalence, he quickly became a mainstay of Bombay — 361 of them had come in the Ranji Trophy alone, and was possibly the single-most important factor behind Bombay’s dominance of the Ranji Trophy in the 1970s. From 1970-71 to 1979-80, never had his bowling average gone above 22 in the Indian domestic season, and in five of those seasons he had taken 50 wickets.

The most famous of his performances came in the 1972-73 final against Tamil Nadu: After Srinivas Venkataraghavan and Vaman Kumar had bowled out a star-studded Bombay side for 151, Shivalkar came to his elements on the turning track. Tamil Nadu were 62 for two at stumps on Day One, and they collapsed to 80, thanks to a spell of 17.5-10-16-8. He had simply worn them down with his crafts. His job was unfinished, though; Bombay was skittled for 113, leaving Tamil Nadu 185 to win: Shivalkar, once again, had figures of 15.1-8-18-5, and Tamil Nadu were all out for 61. His match figures read 33-18-34-13. Beat that!

On the field, Shivalkar maintained an unbelievable calm — even in the most hopeless of situations. His shoulders never dropped, and he continued to send down over after over with impeccable control; his colleagues, reassured by the tranquil body language of “Paddy”, were boosted.

Off the field, his quietness and humility — despite his incessant successes for the side – were quite famous in the Bombay side, though Sunil Gavaskar maintains he had a “dry, naughty sense of humour”. Gavaskar had also listed him among the top cricketers he had seen in Idols – an honour that has eluded the likes of Dilip Vengsarkar. He also won the Indian Cricketer of the Year in 1972, and Farokh Engineer had mentioned that given a choice, he would have picked Shivalkar over Bedi for his accuracy in the ODIs.

Such was Shivalkar’s reputation in the Ranji circuit that he was recalled in 1988, seven years after his retirement, to lead an inexperienced Bombay side. After Bombay scored 408, they needed to bowl out Karnataka for less to obtain the decisive first-innings lead: Shivalkar picked up the prized scalp of Gundappa Viswanath and added Roger Binny to his list, and Bombay made it to the final. He was almost 48 then.

Even when Bedi was ruled out of a Test in 1974-75, he was not called (Rajinder Goel was); and when Bedi finally retired, the younger Dilip Doshi was called up, ruling out Shivalkar’s chance forever. Possibly nothing epitomises his career more than the song composed by Shantaram Nandgaonkar — a song he had sung when he switched careers — one that describes how one never gets to meet success if luck is not on his side.

He was later appointed chief selector for Mumbai.

If Shivalkar was the main reason for Bombay’s continued supremacy in the 1970s, the other reason was Abdul Ismail. Being a fast-medium bowler, he persisted for hours — despite the fact that he played half his matches in the sultry Mumbai. Few seamers in India have matched his hard work and perseverance, and it was unfortunate that he did not play a Test, even during Indian cricket’s meagre supply of resources in the first half of the 1970s. 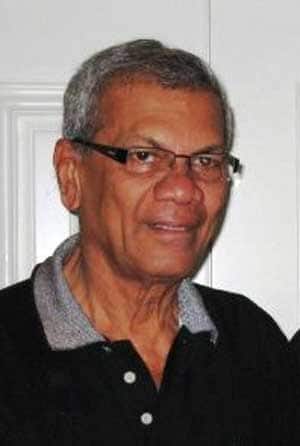 Ismail’s USP was his relentless accuracy, and the ability to bowl on for hours, playing on the patience of batsmen and keeping on taking wickets, both with the new ball and the old. His accuracy was phenomenal, and he almost always gave Bombay the early breakthrough which Shivalkar capitalised on.

He later joined his old mate Shivalkar as a Mumbai selector.
Sudhir Naik

Sudhir Naik hailed from Bombay’s age-old tradition of dishing out Test-class batsmen over ages. Naik was an aggressive opening batsman who made it to the Indian cricket team. In the forgettable “Summer of 42” in 1974, Naik top-scored with an impressive 77 in the second innings at Edgbaston. The tour left a permanent scar on his career, though: he was accused of, possibly falsely, shoplifting at Marks and Spencer. It was at the Ranji Trophy, though, that Naik really shone as a batsman. His biggest claim to fame is possibly leading a relatively weak Bombay side — most key players were visiting West Indies that season — to a Ranji victory in 1970-71, thus leaving their winning streak unbroken. After that tournament his strategies and man-management skills were widely spoken of.

He later worked as a coach, match-referee and ground curator in the domestic circuit. He is currently the West Zone In-charge of BCCI’s Ground and Pitch Committee.