Ranjib Biswal, the man who was manager of the Indian side when they lifted the ICC World Cup 2011 and the ICC Champions Trophy 2013 is now the chairman of Indian Premier League (IPL). Nishad Pai Vaidya traces Biswal’s journey. 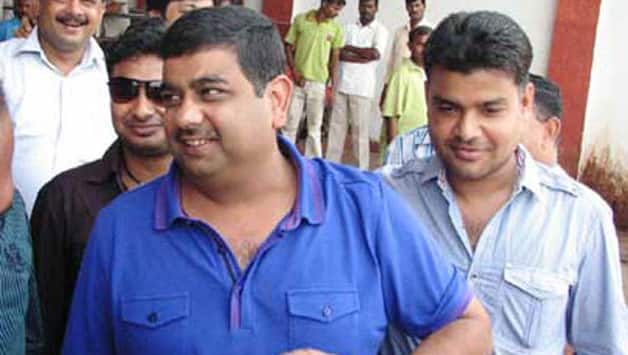 Ranjib Biswal, the man who was manager of the Indian side when they lifted the ICC World Cup 2011 and the ICC Champions Trophy 2013 is now the chairman of Indian Premier League (IPL). Nishad Pai Vaidya traces Biswal’s journey.

The ‘lucky manager’ is now in the hot seat. Ranjib Biswal, the chief of the Orissa Cricket Association (OCA) is the new Indian Premier League (IPL) chairman and takes over at a time when the tournament faces its biggest credibility crisis. Media reports were rife that not many were willing to take the job, although they were keen on joining the Governing Council. Anirudh Chaudhary, the Haryana Cricket Association (HCA) chief was said to be a front-runner. However, Biswal emerged from obscurity and has a huge assignment ahead of him.

When compared to other administrators, the 43-year-old Biswal is quite young. However, he has vast experience of many fields behind him and that should help him with the job. In the late 1980s, he was an important part of the India Under-19 setup playing eight Youth One-Day Internationals (ODIs) and Tests apiece. Apart from that, he captained future India players such as Sourav Ganguly, Ajay Jadeja, Vinod Kambli, Nayan Mongia and Anil Kumble to name a few. Biswal was a middle-order batsman and an off-spinner — an all-rounder in the truest sense.

Biswal made his First-Class debut in 1988 for Orissa and became a regular fixture in the 1990s. He shone with both bat and ball on a consistent basis in domestic cricket, but gave-up playing the sport in 1996 — a season where he appeared in only two games for Orissa. It came at a time when some of his former teammates were breaking in or were already set in the national side. Instead, Biswal headed in another direction at the age of 26. Being the son of a politician — Basant Kumar Biswal — the field wasn’t very new to him. He then went on to successfully try his hand at politics winning the 11th and the 12th Lok Sabha elections from Jagatsinghpur, Orissa.

It is quite interesting to note the different roles he has performed in his career as cricket administrator. In the mid-2000s, he entered cricket again becoming the OCA president in 2004.  He was also a selector from the East Zone in 2005 and continued under Dilip Vengsarkar as well. However, his bigger contributions came later when he was the manager of the side during some of its most cherished successes. Biswal was in the thick of things when India lifted the ICC World Cup 2011. Firstly, it was an Indian team playing the big tournament at home. One can only imagine the difficulty of the task.

If one thought the 2011 World Cup may have been tough, Biswal was entrusted with the responsibility of managing the Indian side for the successful ICC Champions Trophy 2013. This time, he had to handle the side when the spot-fixing scandal had rocked Indian cricket. During the tournament, one could see that he had taken more charge and kept things in check. Now, he moves into a tougher job.

Biswal’s administrative experience would come in handy at the top job. As the OCA chief, it was during his term that the Orissa Premier League (OPL) was initiated. From Lalit Modi, the baton had passed down to Chirayu Amin and later to Rajeev Shukla. The Board of Control for Cricket in India (BCCI) would hope that Biswal would add stability to the job and that the credibility of the tournament is restored. It won’t be an easy job by any means.