Rashid Patel played a Test and an ODI but did not score a run or take a wicket.

The contentious Rashid Patel was born June 1, 1964. Abhishek Mukherjee looks at the man remembered more for controversies than performances.

Rashid Ghulam Mohammad Patel remains the only cricketer to have scored a pair and have bowled twice without a single wicket in his only Test (though he took a catch). In his only ODI, too, he did not get a chance to bat, and went without a wicket or catch.

It was not that the left-arm seamer had an exceptional First-Class career. He played 42 matches spread over an 11-year career, and finished with 113 wickets at 34.80; he had no pretension of being a batsman, either, never reached 40, and had a career batting average below ten.

He is more remembered for his on-field spat with Raman Lamba during the Duleep Trophy final of 1990-91 at Keenan Stadium. It did not really make any sense in the context of the match: North Zone had piled up 729 for nine based on hundreds from Lamba, Manoj Prabhakar, and Kapil Dev. Ravi Shastri, Sanjay Manjrekar, and Dilip Vengsarkar scored hundreds in response, but after West Zone were bowled out for 561 on Day Five the contest had gone out of the match.

Lamba opened with Ajay Jadeja, batting without any pressure and entertaining the paltry crowd. They reached 59 without loss in 9.5 overs when it happened. Patel, coming round the wicket, bowled close to the “danger area” to Lamba; when the batsman expressed his annoyance, Rashid overstepped “by at least a yard” deliberately and bowled a beamer at Lamba.

Suresh Menon wrote in The Indian Express: “Clearly the batsman expressed his displeasure in no uncertain terms. The next thing one knew, Patel had, in his follow-through rushed across, picked up a stump and from merely threatening Lamba, had actually hit him.” Lamba went on to hide behind Jadeja, who got the brunt of the stump as well.

One of the umpires later told The Indian Express: “We should have sent him off, but things happened too quickly, and Patel was swinging a stump about like a madman.” The act got the crowd into action as well, and they started pelting stones, hurting Vinod Kambli in the process.

Menon also commented: “There might have been feeling in the West Zone that Manoj Prabhakar had been allowed to get away on Monday, bowling from round the wicket and running on.” That might have explained Patel running on to the “danger-zone”, but certainly not the assault on Lamba.

Play was called off 15 minutes before tea. A disciplinary committee, with Madhavrao Scindia, Mansur Ali Khan Pataudi, and Raj Singh Dungarpur as members, suspended Patel for 13 months, and for some reason, Lamba for 10.

In his defence, Patel later said in an interview with mid-day: “Look, cricketers are generally good guys, but things happen in the heat of the moment, when the pressure gets to you. In my case, North Zone piled up 700 plus runs. To me, they were playing defensive cricket. I was provoked by Raman and got very angry,” he remarked.”

Patel played a mere 4 domestic matches the next season with a return of 3 wickets at 51.67. His career record read 37 wickets at a rather ordinary 31.86; despite that he was picked, almost out of the blue, for the Wankhede Test against New Zealand.

India had won the first Test at Chinnaswamy by 172 runs, and decided to drop WV Raman at Wankhede for Patel despite the complete mismatch in roles. John Wright batted, New Zealand scored 236, and Patel, given the new ball, got to bowl a mere 4 overs for 14.

Richard Hadlee then ran through the Indian line-up, extracting a two-run lead. Batting at ten, Patel lasted a dozen balls before falling to the great man. New Zealand set India a target of 282 (Patel’s 10 overs cost him 37), and going into Day Five, India found themselves reeling at 137 for 7 against Hadlee and John Bracewell with Kiran More and Arshad Ayub at the crease and Patel and Narendra Hirwani to follow.

A handful of Wankhede spectators saw all four men getting significant batting practice, but when it came to the match, India lost their last 3 wickets for the addition of 8; Patel lasted 3 balls before Hadlee had him caught-behind. He was dropped for the last Test at Hyderabad in favour of Sanjeev Sharma, India won by ten wickets, and Patel was never recalled.

Patel was summoned for his solitary ODI at Baroda when India had an unassailable 3-0 lead in the five-match series. Neither Kapil nor Prabhakar played, and the Indian attack was dominated by the Kiwis; they scored 278 for 3 with Patel conceding 58 off 10 overs. India were reduced to 133 for 5 in response, but Mohammad Azharuddin added 127 with Ajay Sharma in 83 balls, reached his hundred in 62 balls (then the fastest hundred), and the target was chased down. Patel did not get a bat.

During the ban Patel played in Bradford League. He attempted a caught-and-bowled in one of the matches, made it, but he twisted his knee and had to undergo a surgery.

He continued to play for Baroda, securing a career-best 6 for 93 (and 2 for 59) against Bombay in 1990-91. The above-mentioned ban came next month, and though he had his final five-wicket haul shortly after his return when he routed Saurashtra with figures of 5 for 33.

Thereafter Patel played sporadically and called it quits in 1996-97. In his last match, against Mumbai, he sent down 9 overs without a wicket.

His son, Zafir Rashid Patel, went on to England, and represented Leeds/Bradford MCC University in First-Class cricket (against Leicestershire, Yorkshire, and Somerset), and represented Bowdon in Cheshire CC League Premier Division. He was selected by Delhi Daredevils for IPL, but never played a match. 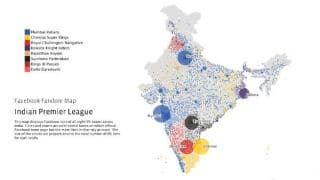 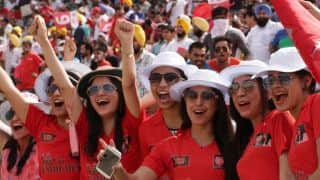