BCCI brings in new faces in the team management following India's 1-3 debacle in the Tests.

Ravi Shastri, Sanjay Bangar, Bharat Arun and R Sridhar will join the Indian team in England for the One-Day International (ODI) series. This comes after India were humiliated in the Tests and would now be seeking redemption in the blue jersey. Nishad Pai Vaidya profiles the quartet.

Following the 1-3 humiliation at the hands of England in the Test series, the Board of Control for Cricket in India (BCCI) have opted for a change in personnel. Fielding coach Trevor Penny and bowling coach Joe Dawes have been given a ‘break’ with Ravi Shastri coming in as a Director of Cricket for the One-Day International (ODI) series. Joining Shastri are former India players Sanjay Bangar and Bharat Arun along with former Hyderabad left-arm spinner R Sridhar. Each of them have had their share of success in coaching and would join the team in their hour of need. Let us have a look at their journey in brief:

1. Ravi Shastri: The most famous face in the new panel and someone who needs no introduction to a cricket fan. Shastri was a gutsy cricketer back in the day having represented India in 80 Tests and 150 ODIs. Shastri started off as a left-arm spinner who occasionally proved useful with that bat, and finished as one of the grittiest batsmen ever produced by India. After retirement, Shastri made a name as a broadcaster and has been one of the most famous commentators in world cricket. This is not the first time he has donned a role with the Indian team. After the 2007 World Cup debacle, Shastri was appointed a cricket manager for the tour to Bangladesh and India began rebuilding under his tutelage.

2. Sanjay Bangar: In the early 2000s, Bangar was one of the all-rounders tried by India in both the formats. A batsman with a solid technique and a stable medium-pacer, Bangar was touted to be India’s answer to a quality all-rounder. He did not make an appearance in the 2003 World Cup though he was a part of the squad and represented India in only a few ODIs thereafter. He was very successful at the domestic level, forming a crucial part of the Railways setup. Bangar retired from cricket in early 2013, after which he was a coach with the India A sides. In 2014, Bangar made a name during the Indian Premier League (IPL) 2014 as he coached Kings XI Punjab to the final. He identified some young domestic talent and gave them the platform to shine.

3. Bharat Arun: A all-rounder from Tamil Nadu, Arun played two Tests and four ODIs for India in the 1980s. Arun has been a guiding force for the India under-19s for a few years and was at the helm when they lifted the World Cup in 2012. He has been attached with the National Cricket Academy (NCA) as a bowling coach for a few years and has the experience in grooming young talent. Though he had resigned from the NCA in 2013, he continued with the under-19 side and was with them through to the recent World Cup. At the senior level, he has coached Bengal in domestic cricket.

4. R Sridhar: R Sridhar used to play with Hyderabad as a left-arm spinner. After retirement, he finished a course in coaching and worked as a fielding coach with the NCA. As a result, he was a part of the India under-19 setup with Arun. Recently, he joined Bangar at the Kings XI Punjab, where he was appointed as the fielding coach. 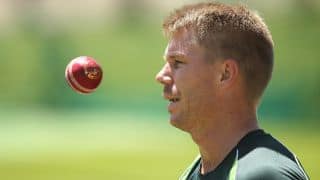 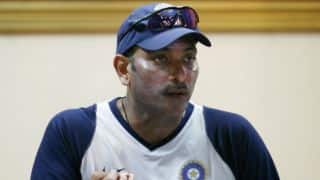