Various conspiracy theories related to the reasons behind Kohli-Anushka separation have been doing rounds, posing a royal challenge to the media who were busy unravelling the truth. But the buck has finally stopped, with Mallya confirming the reason of their separation.

It is surprising how the times change! Until only a few days back, ‘The King of good times’, Vijay Mallya was busy guzzling beer, buying cricketers and duping banks. But a sudden change of fortune saw him flee the country at escape velocity. Similarly, all was hunky-dory with the love-dovey couple Virat Kohli and Anushka Sharma until they decided to go splitsville recently. Since then, various conspiracy theories related to the reasons of their separation have been doing rounds, posing a royal challenge to the media who were busy unravelling the truth. But the buck has finally stopped, with Mallya confirming the reason of their separation.

While having a Skype chat with the writer from an undisclosed location, Mallya, surrounded by girls who do not really conform to the norm of being clothed, confirmed that it was Kohli’s decision to stick with the sinking ship Royal Challengers Bangalore (RCB) that cost him Anushka’s company. “The poor boy was love-struck. He kept playing for my team Bangalore as it was his lady love’s (Anushka’s) hometown, and though I did not pay him salary all these years, he still continued his association with RCB. Eventually, when he wasn’t left with enough money to finance Anushka’s movie Mumbai (not Bombay) Velvet’, she deserted him,” said the liquor baron, who was also busy on the other line, giving advice to Shahid Afridi on how to deal with the court orders.

When contacted, Kohli unleashed a barrage of choicest of expletives on Mallya, saying, “Don’t talk about that (Mallya) M@$#&!F**@*. He has screwed my life. It is for him that I am left with neither love nor money.” When asked about the money he earned playing for India, Kohli said that he had lent that money to Mallya, and now has no hope of getting it back. “My new haircuts, expensive cars, lavish lifestyle, were all a facade. I am broke and have been surviving on loans from various Indian banks. But thanks to that (Mallya) A#@&^*%, I will not get them anymore. The banks have put me on the blacklist too.”

Kohli further criticised Prime Minister Mr Narendra Modi for running ‘suit-buit ki Sarkar’ and helping Mallya move out of India. We could not reach Mr Modi, since he was busy giving measurements for his wax statue at Madame Tussauds. But we did manage to reach to the new followers he earned after bashing the PM (Arvind Kejriwal, Kanhaiya Kumar and Rajdeep Sardesai are a few examples), all of whom had message for the dashing batsman. While Kejriwal promised him free electricity, water and Wi-Fi besides offering him to play for Delhi Daredevils, Kanhaiya offered him to come and stay at the JNU campus.

Sardesai, however, went a step further (his father was a Test player, you see, and he had played First-Class cricket himself) and suggested Kohli to sing songs from Anushka’s movies while batting to win her back. Kohli’s reply (@#*@%) to all three of them could not be deciphered, since they arrived in text format. 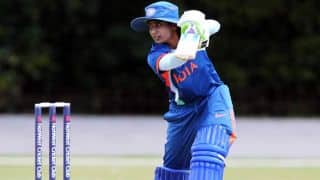 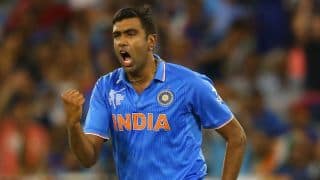