The first thing that stands out in A Gentleman s Game: Reflections on Cricket History is the assortment of quotes: every chapter begins with a renowned and more importantly, relevant quote.

The first thing that stands out in A Gentleman s Game: Reflections on Cricket History is the assortment of quotes: every chapter begins with a renowned and more importantly, relevant quote. That is a reflection of Anindya Dutta s love for the sport, grasp of its history, and an eye for the iconic.

Leave your complacency aside when you pick up the book, even if you have earned some renown as a walking encyclopaedia of cricket. Did you know about the wartime exploits of Pieter van der Bijl, who batted magnificently in the famous ten-day Test at Durban and fathered the famous Vintcent, or the wartime days of Lionel Tennyson?

It is somewhat annoying, the way popular cricket books these days are confined to autobiographies or biographies of (mostly contemporary) cricketers. What cricket certainly lacks are the accounts of the educated, passionate spectator, something that provides the reader with an outsider s viewpoint: in other words, our viewpoint.

Dutta does that nicely. He is not lured by the infamous Cardusian trap of compromising facts for prose that has hoodwinked the cricket reader over decades, and as a result he puts together a nice, perfectly readable book. For example, he does not hesitate to mention that the leg-glance was not Ranji s invention

Make no mistake: he is a trivia-monger of the wackiest order, which, as far as cricket-lovers go, is as big a compliment as it gets. Can you emulate Dutta by making an all-time XI of cricketers above 6 5 ? How many specialist batsmen can you think of?

The topics are various. For example, he compares famous chokes of cricket to chokes across sports, trying to find a psychological pattern. There is a short, trivia-rich biography of Ranjitsinhji; and there is a nice description of West Indies infamous capitulation for 25 against Ireland.

A chapter is dedicated to the forgotten Test debut of the unfortunate Subroto Banerjee, who, well, despite taking 3 for 47 in the first innings, was not asked to bowl in the second despite the Indians desperately needing a wicket. The other debutant in the Test, a certain Victorian blonde, got only 1 for 150 but would take another 707 Test wickets.

Of course, there are certain drawbacks. Some of the chapters, somewhat vague at times, could have ended better. In the nominations for The Award for the Worst Declaration, Garry Sobers infamous one at Port-of-Spain does not find a mention but then, do we not always look at lists and XIs and yell in despair at our favourites being left out

All in all, do pick up. It is a nice read if you are interested in the sport and its rich trove of trivia and history. 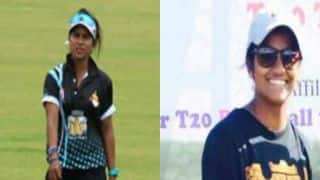 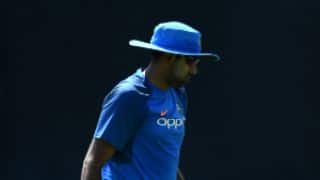