Arunabha Sengupta recalls the day when Rex Alston had woken up in the hospital to read his own obituary in the papers.

Rex Alston, born July 2, 1901, was one of the most scholarly and lovable of cricket commentators. Arunabha Sengupta recalls the day when he had woken up in the hospital to read his own obituary in the papers.

Rex Alston was quite a sportsman himself. A Cambridge Blue in athletics, he captained the Bedfordshire County Cricket Club in 1932, and played on the wing for Bedford and Rosslyn Park rugby clubs.

He had been a schoolmaster at Bedford School from 1924 to 1941, before joining BBC as a billeting officer. Soon, though, his voice a clear, light baritone was discovered, and he was considered too good to be wasted in an administrative role.

His all-round sporting abilities translated themselves into the broadcasting profession, making him cover athletics, rugby and tennis alongside cricket, including events of the stature of Wimbledon and the 1956 Olympic Games. It was, however, as a Test match commentator that he continues to be remembered most fondly.

He broadcast cricket for the first time in 1945, during the Victory Tests. And he kept at it, becoming one of the most cherished voices to filter into cricket-loving homes.

Forty years down the line, in 1985, during a splendid dinner to celebrate 60 years of BBC s Outside Broadcasts, Alston collapsed and fell. The next day in his obituary in The Times, John Woodcock wrote Rex Alston, who has died at the age of 84, was a sports commentator with a pleasant courteous style and versatility seldom seen today.

No one had any bones to pick with the description except perhaps Alston himself, who had the transcendental experience of being shown his own obituary by a nurse while recuperating at the Westminster hospital, and commented that it was both humorous and exaggerated.

But, then, the record had to be set straight. Hence Alston called the paper from his hospital and after a number of transfers of the line was put through to someone who was aware of the news item.

Very politely, Alston explained that the obituary, although very nice and thoughtful, was a bit premature.

The man on the staff of the paper was not amused. Who s this? he asked gruffly.

There followed something known as pregnant silence .

The next query was tentative. Are you sure?

There was another long pause. After that the question came through in a hesitant whisper: Where are you speaking from?

When Alston did pass away in 1994, fellow commentator Robert Hudson wrote in The Independent that he had been a fine broadcaster and a kindly man, before adding Sadly, he will not read this obituary.

But, before that Alston had achieved something special.

In 1986, he had married for a second time perhaps the only man whose death and marriage were reported by The Times in that order! 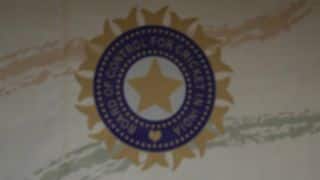