Rising Pune Supergiant's (RPS) contract ended in Indian Premier League (IPL) after their side's defeat in the summit clash of the tenth edition.

It was a memorable journey for Rising Pune Supergiant (RPS) in Indian Premier League (IPL) 2017, their last appearance in tournament. Though they faltered in the summit clash, they would be proud of their overall performance. They had few ups and downs but held onto a combination that bore effective results until the last hurdle. They took some bold moves prior to the tenth edition. Finishing seventh in the previous edition, they removed India’s most successful skipper, MS Dhoni, from the helm. He was replaced by Australia’s Steven Smith. In the auction, Sanjiv Goenka and co. got hold of Ben Stokes for INR 14.5 crores. As a result, they made headlines well ahead of the tournament. However, RPS had to design a roadmap to ensure they put their best foot forward.

RPS had a rough start. They took time in finding a striking combination. Prior to the final, they had won 10 of their last 15 games. Such was their dominance that many believed they deserved the coveted trophy. But no team can win a tournament of such stature by virtue of luck or few in-form players. Mumbai Indians (MI) were the top side in the group stage and showed what RPS lacked on the big night. Let us review their performance and churn out their hits and misses.

In RPS’ first 5 games, they were languishing at the bottom with just two victories. While the first win came courtesy Smith’s unbeaten 84, the second triumph proved to be the turning point. They were defending 162 against Royal Challengers Bangalore (RCB) at Bengaluru. Their batsmen got valuable starts to give a modest total for their bowlers to defend. The likes of Jaydev Unadkat, Stokes, Dane Christian, Imran Tahir and Shardul Thakur rose to the occasion and bowled with much intensity to earn an impressive 27-run victory.

How they fixed the combination

Unadkat and Rahul Tripathi’s inclusion proved to be a masterstroke for the eventual runners-up. Tripathi complimented Ajinkya Rahane in the openers’ slot. Smith, Dhoni, Manoj Tiwary, Stokes were joined by Christian. He injected more stability to the lower order and bowled tight lines in the decisive middle overs. Unadkat and Thakur added more spark in the bowling line-up and showed the door to Ashok Dinda. Tahir found support with the ball in form of a 17-year-old Washington Sundar who proved to be an ideal replacement for the injured- Ravichandran Ashwin. He bowled in powerplays owing to his accuracy and simple approach.

There were a few occasional blitz from Dhoni, while Smith was their highest run-scorer (472). Nonetheless, it was their communication which instilled RPS’ progress. “Between the two of them, it (communication) has been outstanding. Much (has been) made of the (Dhoni-Smith) relationship. Certainly sitting with them, it has been influential for the youngsters, beneficial for the senior players, and it has been helpful for me. So it has been (a) great dynamic to be part of”, Stephen Fleming was quoted as saying by ESPNCricinfo.

However, the Midas touch was missing from Dhoni and Smith’s blade. Their strike-rates were an alarming factor in RPS failing to notch up a single score above 190. A batsman of Dhoni’s caliber finished with his lowest strike-rate in IPL history (116). Smith, on the other hand, timed the ball at a decent strike rate of 121.96. Nonetheless, his strike-rate in the tournament decider was only 102 despite scoring a fifty.

It would be a toss-up between Tripathi and Stokes’ contribution and RPS’ youngsters if one has to pick their biggest gain. Tripathi’s knack of shimming down the track and altering the bowler s length earned praises from all quarters. The well-timed cuts, pulls and lusty cover-drives became a regular feature of his innings. It was his blazing knocks which eased pressure off an inconsistent Rahane.

Stokes lived up to his humongous price tag

Stokes was arguably the best player for RPS. He upped his game with a huge ‘price tag pressure’ reeling on his shoulders. With 316 runs (including one hundred) at a strike rate of 142.98 and 12 wickets, he triggered RPS’ upward spiral in the group stages. “Stokes is a fantastic cricketer, with both bat and ball. He s definitely got something special about him. A lot of guys lose their way in the IPL, and others find the next level in their game. Ben Stokes definitely lifted his game and I think it would have done him the world of good”, AB de Villiers was quoted as saying by AFP. Nonetheless, there was over-dependence on the English all-rounder, which was exposed in the final.

On the other hand, Indian pacers Unadkat and Thakur, and Washington reaped rewards courtesy the immense faith enjoyed from the team management. They even outclassed the foreign bowlers in the summit clash on Sunday.

The biggest jolt in RPS’ campaign was not much collective effort as compared to MI. Their constant stars were Unadkat, Stokes, Tahir, Tripathi and Smith. Out of these five players, Tahir and Stokes left the side in the business end. Tripathi faltered in knockout games, whereas Smith’s strike rate remained under par. RPS’ most consistent player was Unadkat. He also finished as the second highest wicket-taker in IPL 10.

From MI’s perspective, they found a different star (or match-winner) in every encounter. The likes of Pandya brothers, Jasprit Bumrah, Jos Buttler, Kieron Pollard, Parthiv Patel, Karn Sharma and Nitish Rana scripted valuable wins in their run-up to the third title. Certainly, the better team won the season.

Too much shuffling in the batting order did not help RPS as well. As a result, Tiwary, one of their finest yet underrated performers, suffered the most. RPS brought in Dhoni, Stokes or Tiwary at No. 4 which formed a crucial point in Smith and co. missing out on the title.

Even RCB, the bottom-lying side, scored a 200-plus total in their dismal campaign in IPL 10. On the other hand, RPS had no score in excess or close to 200. Batting first, RPS’ average score was 162. 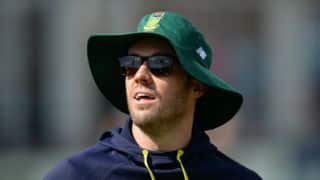