Robin Uthappa: Hoping for an India call-up by performing well in domestic circuit

Robin Uthappa: Hoping for an India call-up by performing well in domestic circuit

Robin Uthappa has had a very good domestic season.

Robin Uthappa spoke to Nishad Pai Vaidya during the Ranji Trophy 2013-14 final between Karnataka and Maharashtra.

Robin Uthappa has had a very good domestic season despite missing out on a major part due to injury. An attacking batsman in Indian domestic circuit, Uthappa has worked hard on his batting and remodeled it to iron out a few flaws with the help of his batting coach, Pravin Amre. It has been a tough ride for him to return from injury, but Uthappa has contributed to Karnataka’s success since his comeback in the Ranji Trophy 2013-14 quarter-final. His ton in his comeback game rescued his team and he essayed another important knock in the final against Maharashtra.

In an exclusive interview with CricketCountry, Uthappa talks about his injury, his return, the technical changes in his batting, Amre’s role and a lot more.

CricketCountry (CC): You just came after an injury; missing a huge part of the season. What had exactly happened?

Robin Uthappa (RU): The injury was a little disheartening, as it was an injury of overuse. I had tendonitis of both my hamstrings. I didn’t take a break after the last IPL [Indian Premier League] and the last domestic season. I felt that I could do more work and I wanted to. After seven weeks of work in Mumbai, I appeared in a game and I continued playing matches, and there was no break after the season. At some point, I started feeling a lot of pain in my hamstring.

Three days before the List A game against New Zealand A, I took a cortisone for my hamstring to relieve the pain, but it did not sustain itself. It got worse and the pain came back; I tried to manage with it even during the Challenger Trophy. When that tournament started, I was really struggling as the pain spread to my hips, glutes, hamstrings; my lower body was in pain, excruciating pain.

I couldn’t lunge forward and reach the ball. That is when I decided I needed to figure out what was wrong and took the MRIs, where I found I had tendonitis. I felt it was only on the left leg, but MRIs showed that the right leg was worse. I fixed the left leg thinking it would take four weeks, but it took six weeks. I came back for a couple of Ranji Trophy matches and did well. We fielded for 200 overs and throughout I was shifting my weight off my left and right leg. In the process, the right leg started hurting. By the end of the second game, it was hurting and the physio asked me to fix it and comeback.

CC: What are the important things you worked upon to improve you batting as you made your recovery and tried to make a comeback?

RU: Batting wise, I had already fixed a lot of my technique about 18 months ago. I started working on my batting about 18 months ago and by beginning of the last year, I had fixed my batting and was feeling really confident about my technique. People started seeing a difference in the way I tended to bat. You can see I have a big backlift now, which is not something I used to have. I did have it, but it is not as big as it is right now. It gives me time to play deliveries and I play a lot more with my top-hand right now. I feel I play more correct cricket, which I enjoy. I give confidence to the team with the way I bat right now.

It is important as an opening batsman; giving your team that confidence when they are sitting down and watching you bat — to let them feel secure that ‘he is out there, will see that new ball off, consolidate and put us in a good position.’ That is the role of an opener and I have been able to do that successfully and make my team feel confident about the starts I give. That for me has been the biggest change and it’s been great.

CC: Your initial movement at the crease seems to have reduced…

CC: Pravin Amre is your personal batting coach. What kind of tips and support does he give you?

RU:  Sir has helped me restructure my batting. He has helped me understand to bat the right way. He has worked on my technique, my grip and a lot of things related to by batting such as my setup. He has been of enormous help and I am really enjoying working with him. The decision to take him on as a personal coach was a great one and I am reaping the benefits of it.

CC: Returning from injury is not easy, but you started scoring immediately. That is not easy mentally as well. How did your mental frame up help you?

RU: Sitting out and watching our team win, there was always this feeling of wanting to contribute to the team’s success. I was hungry for that and got a fantastic opportunity in the game I came back, the quarter-finals. We were 15 for three, I was batting at one end. I thought that if ever I had an opportunity to contribute to the team, now is the time. I was very happy that I was able to get a 100 in that situation. I am very happy that I came back and was able to contribute to the team’s success. That makes me feel pleased with myself because it is important to have an impact on the team, especially when you are a senior member of the team.

CC: What do you look forward to in the coming months? There is an IPL, List A matches and T20s as well.

RU: I think I have done well in the opportunities I have got specially this season. I am hoping for an India call-up soon. Sure, it is a few performances away, India are definitely in need of a genuine opener. I am hoping to continue to perform and get a call-up for the national duty. 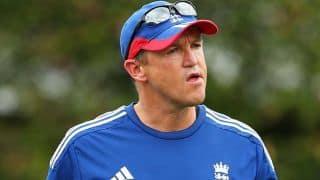 Andy Flower shown the door by England after Ashes debacle