Unfortunately, Robin Williams found cricket too slow for his liking.

Robin Williams, legendary actor and stand-up comedian, passed away on August 11, 2014 at his home in California. Abhishek Mukherjee looks back at the Academy Awards winner, who did not think highly about cricket.

Movies like Good Will Hunting, Mrs Doubtfire, and Jumanji were a part of our migrating from school to college; then we read The World According to Garp and went back and watched the movie and wondered how we had never heard of it during our college days; and then there was the voice of the Genie in Aladdin.

Robin Williams was a champion. Even if The World According to Garp or Good Will Hunting had not happened he was one of the finest. He was also an avid baseball fan, and supported San Francisco Giants. He also ended up dancing with Lou Seal, the Giants mascot.

He did play the Hook, yet did not think too much of cricket. Like most on the other side of The Atlantic, Williams was not seduced by the charm of leather on willow. He found cricket too slow for his liking — which was why he had once come up with the quote that is now considered among the most iconic ones in the history of the sport: “Cricket is basically baseball on Valium.” 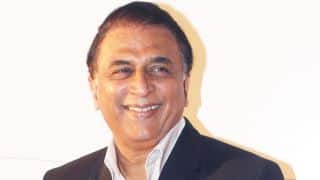