Overall, India are yet to lose a T20I against Bangladesh.

India are set to take on their eastern neighbours Bangladesh after succumbing to Sri Lanka s all round show in Match 1 of Nidahas Trophy 2018. A defeat here for India, may see their hopes of qualifying for the final fade away. Both teams will bank on their stars to win on-field battles in this war. India hold psychological advantage over Bangladesh, having won the only T20I against them at neutral venue. Overall, India are yet to lose a T20I against Bangladesh. Ahead of the second T20I of the tournament, let us have a look at the key battles.

Rohit Sharma vs Mustafizur Rahman: Rohit has been in poor form of late. He will be up against Mustafizur, who has been in excellent shape in PSL. Rohit s problem against left-armers is well-known, and Fizz will look to exploit his weakness. The winner of this battle may very well decide the outcome of the game.

Shikhar Dhawan vs Rubel Hossain: Dhawan displayed a perfect blend of strength and timing during his 90 in the first T20I. Rubel, known for his on-field aggression, will look to put his energy into bowling and not verbal battles. His recent form has been good, but coming into a pressure situation his mental abilities will be tested.

Washington Sundar vs Tamim Iqbal: One of India s upcoming young talents, Sundar showed his bowling prowess in 1st T20I. His fearlessness in tossing the ball up to batsmen was lauded by commentators and critics alike. He is likely to open bowling, and if he does, will be up against the greatest batsman in Bangladesh history.

Coming into the series, Tamim has been in cracking form for Peshawar Zalmi. His ability to explode and still anchor the innings is terrifying for any opponent. Tamim has a weakness against right-arm spin, and this could go in favour of Sundar.

Akshar Patel vs Sabbir Rahman: Akshar might be roped in for the struggling Chahal. Akshar can strangle batsmen for runs, which is the need of the hour. Sabbir has been Bangladesh s best power-hitter in recent past. His fearless approach and nimble footwork against spinners is well known. He has also been dismissed only once by a left-arm spinner in his T20I career.

Jaydev Unadkat vs Mushfiqur Rahim: Richer by 11.6 crores after the IPL auctions, Unadkat is India s spearhead in the series. His outing against Sri Lanka was not inspiring. Mushfiqur, on the other hand, is coming off poor form. His batting down the order will be crucial for Bangladesh, and can be the difference between winning and losing. On the other hand, Unadkat s art of disguising the knuckle and slower ball will come in handy against Rahim, who averages 16 against left-arm bowlers. 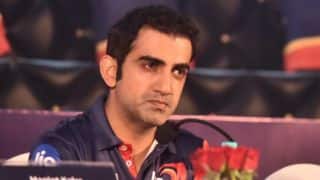