Rumesh Ratnayake could produce a burst of decent pace and swing the ball around the corners.

Sri Lanka’s wiry seamer Rumesh Ratnayake could produce a burst of decent pace and swing the ball around the corners to trouble the best in the business. But his career was blighted by constant injuries. Bharath Ramaraj looks back at his career.

When a formidable New Zealand lineup took on the then minnows of Test cricket, Sri Lanka at Christchurch in 1983, everyone expected New Zealand to leave no stone unturned in their effort to make mincemeat of Sri Lanka. They did just that by winning the Test by an innings and 25 runs. Sir Richard Hadlee, Lance Cairns, Martin Snedden and company had a field day in taking a slew of wickets. However, Sri Lankan think-tank would have been emboldened by the emergence of a wiry seamer with a slingy action, Rumesh Ratnayake who was riding high on the confidence of taking two crucial wickets of Bruce Edgar and Geoff Howarth.

The swing Ratnayake could generate through the air and surprise the batsmen with a burst of pace and bounce made him one of the most promising pacers to come out of Sri Lanka’s stables in their annals of cricket. Ratnayake though, was injury prone and was never able to fulfill the burgeoning promise he showcased in his earlier days. He still showed dogged fight and resolve to make one final comeback in the 1992 season, before walking into the sunset of retirement life. In short, in the 1980s, he put Sri Lankan cricket on the world map with some heart-stirring performances.

If we trace back his career, even now Ratnayake is remembered for being the wreaker-in-chief in Sri Lanka’s first ever Test win against India in 1985 at Colombo (PSS). His nine-wicket haul in the match shell-shocked the Indian team who seemed to have arrived on the shores of the beautiful Island on a holiday trip after their brilliant victory in the World Championship of Cricket in 1985 (WCC). But they had to return home after suffering a 1-0 series loss to Sri Lanka.

Ratnayake had already given Indian batsmen plenty of sleepless nights in their previous game at Colombo SSC by taking a five-for. In the following Test match at PSS, he reduced India to a shambolic state of three for 3 in their first innings. In the second innings too, he played his part by taking the crucial wicket of Indian captain Kapil Dev caught and bowled. After Sri Lanka’s exceptional victory, the Island nation erupted in unfettered joy and celebration, and even a national holiday was declared. It was a series that was marred by poor umpiring, especially when Mohammad Azharuddin would come into bat. But that can’t take anything away from Ratnayake’s sterling show. In that series, he was simply an irresistible force and finished up with 20 scalps to his name.

A few years later in 1989, in seaming conditions at Hobart, Ratnayake bowled with blood and sweat to give Sri Lanka genuine hope that they can indeed upset the apple-cart and beat Australia in their own den. His victims included David Boon, Mark Taylor, Dean Jones, Tom Moody and Allan Border. His six-wicket haul would have given Australian captain Border a real fright. But they rallied back to eventually win the Test by a margin of 173 runs.

When Sri Lanka embarked on a tough tour to New Zealand in 1991, they were considered to be no hopers by cricket pundits. But in the Test match played at Hamilton by bowling with a burst of freshness, Ratnayake made the ball talk to clean up New Zealand for a modest total of 296. Even in the second innings, while chasing down a monstrous score of 418, they finished up with 344 for six at the end of the fifth day’s play. He also took a five-wicket haul in 1991 against England at the home of cricket; Lord’s. It was only Alec Stewart’s innings of 113 that saved England from the blushes of losing to them.

In One-Day Internationals (ODIs) too he was a handy bowler. One of his better spells was his four-for against Australia in the Benson and Hedges Tri-series in 1984-85. He swung and seamed it into the left-handed Graeme Wood and Kepler Wessels to shatter their stumps. He then followed it up by bowling the perfect yorker to dismiss Craig McDermott. If a youngster needs a coaching clinic in bowling a yorker, he needs to watch that ball by Ratnayake which re-defined perfection in terms of bowling toe-crushing yorkers. In 1990, Ratnayake took Sri Lanka to stratospheric levels with a five-wicket haul against a strong Pakistan side in an ODI match played at Sharjah. A game that Sri Lanka won by a convincing margin of six wickets.

Ratnayake’s ability to bowl at brisk pace could be seen from the fact that he and Asantha de Mel combined together to smash helmet-less batsmen in Richie Richardson and Larry Gomes respectively, on their head at Melbourne Cricket Ground (MCG) in 1985. The one bowled by Ratnayake came into Gomes and struck him flush on his face. It does show that Ratnayake was a slippery customer.

Ratnayake’s career was blighted by injuries. He did show the stomach for a fight and made one final comeback during the Hero Cup held in India in 1993 and went onto play an ODI match against the West Indies the same year, but by then he had lost that extra zing in his bowling and he soon called it a day. Just cold facts of his overall career though, don’t do justice to his bowling skills.

Since retirement, Ratnayake has blazed his way to become a Level III certified coach, held the position of being the administrative team manager of Sri Lanka in 2001, Development Officer of the Asian Cricket Council (ACC) since 2003 and once in 2011 was the interim coach of Sri Lanka for a brief period. 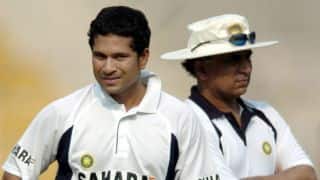 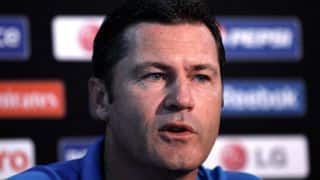