When Sachin Tendulkar walks out to bat on Friday morning, he will complete 24 years of Test cricket. Arunabha Sengupta looks at this yet another amazing feature of the man’s career. 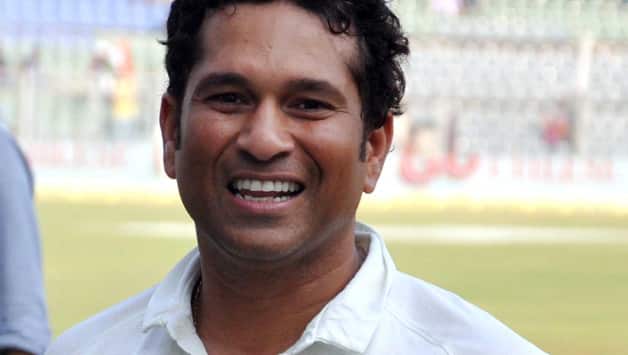 When Sachin Tendulkar walks out to bat on Friday morning, he will complete 24 years of Test cricket. Arunabha Sengupta looks at this yet another amazing feature of the man’s career.

When Sachin Tendulkar walks out to bat on Friday morning he will complete 24 years of Test cricket. And perhaps he will never again trot down the steps with his trusted willow in hand.

The boy wonder was ushered into the international arena at the tender age of 16 to face Imran Khan, Wasim Akram, Waqar Younis and Abdul Qadir. That child prodigy has sinceturned 40 — the ripe old age for any sportsman. A journey of 24 years has been completed, with many landmarks and monuments constructed on the way bearing testimony to a magical odyssey.

It has been said often enough, but is worth repeating once more — especially on this day. It was through his continuing presence that a generation who watched his genius unfold also managed to preserve that solitary thread binding them to their childhoods.

In some ways, it was appropriate that the Test match began on November 14, traditionally observed as Children’s Day in India. This was perhaps the last day when the child in the man from that generation would leap up with joy on beholding the familiar figure walking out under the helmet. Come November 18, even earlier given the poor show of West Indies, a generation of men will suddenly find that they have grown up, and have left their youth behind at the Wankhede Stadium. A generation will suddenly feel the tell-tale signs of aging. The very symbol that had hinted at permanence has finally called time.

Thursday night was perhaps the last time millions of Indians, of that generation as well every other, went to bed with the happy thought that the master was unbeaten at the wicket and all was well with the world. Three days hence, they will wake up to a new world.

There have been four other players who have had careers greater than 24 years. But, all these men had interrupted playing days.

Wilfred Rhodes and Frank Woolley had to deal with the First World War, George Headley the Second. Rhodes was not a regular in the side after the early 1920s. Woolley played just 64 of England’s 110 Tests during his career. Headley had been happily retired for over half a decade when he was called back to play an ill-advised Test match at the age of 44. And Brian Close was at best a mediocre player at the international level who went through 26 years appearing in just 22 Tests.

However, Tendulkar missed just 17 of the country’s Test matches during his 24 years at the top level, appearing in a whopping 92.17 per cent of the Tests played by India during his days. That is a mindboggling feat even without considering his 463 One-Day Internationals (ODIs).

Be it runs, centuries or longevity, Tendulkar’s records continue to amaze. Yet there are several other equally incredible feats which will never feature in the record books.

In 1989, when he played his first Test match at Karachi, the population of the country hovered around 0.85 billion. On this current day, it stands at more than 1.2 billion.

Among the millions who have seen the light of the day since then, how many have said ‘Sachin’ as one of their first uttered words? For how many did the first recognisable face on a photograph consist of a boyish smile, topped by a head full of naughty curls and two trusted hands securely holding a cricket bat?

These are figures that will never go into the list of monumental statistics of the man. But, there can be little doubt that even there he tops the charts.

Sachin Tendulkar mania: Why the fall of the second Indian wicket is cause for outpour of ecstatic celebration