A tweet from BCCI shook the world as the Master Blaster brought an end to a 24-year long glorious career.

Sachin Tendulkar announced his retirement from international cricket on October 10, 2013. His statement was made public on the Board of Control for Cricket in India’s (BCCI) Twitter account. Though it was around the corner, a nation was left in sadness as its icon prepared for his final salvo. Nishad Pai Vaidya recalls the day the iconic cricketer announced his decision.

October 10 was just another day in India. People made their way to work as usual in the morning, settled in and dealt with what the day had in store. However, post lunch, they were jolted by one of the biggest announcements in Indian sporting history — Sachin Tendulkar called it time on his near-24-year long career. A tweet from the official Board of Control for Cricket in India (BCCI) confirmed the worst fears of the Indian fans, who held on to that small ray of hope of a better tomorrow from their champion.

In a press release, Tendulkar confirmed that the second Test against the West Indies in November, which was also to be his 200th was to be his last. “All my life, I have had a dream of playing cricket for India. I have been living this dream every day for the last 24 years. It’s hard for me to imagine a life without playing cricket because it’s all I have ever done since I was 11 years old. It’s been a huge honour to have represented my country and played all over the world. I look forward to playing my 200th Test Match on home soil, as I call it a day,” he said.

Sachin Tendulkar has announced his retirement from Test Cricket. His 200th Test will be his last. #BornToPlayCricket #SaluteTheLegend

Though there had been murmurs about his retirement in the days leading up to October 10, it was still a bitter pill to swallow for the Indian cricket faithful. Through that 24-year-long journey, he had inspired millions around the globe to follow their dreams. It has often been said that he shouldered a billion expectations when he walked out. India slept well when Tendulkar played well. Suddenly, that hope was to fade away into memory.

Since the end of the Test series in Australia in early 2012, Tendulkar had a horror run by his standards. He struggled in the home series against New Zealand and England in 2012 — scoring only one fifty. And, in the midst of all that talk, he quit One-Day Internationals (ODIs). Though there was a brief spark during the home series against Australia in 2013, the general consensus was that the hour was nigh. And, with India to tour South Africa later in the year — to face the Dale Steyn led pace battery — the ageing warrior’s prospects weren’t very encouraging.

At the end of the Australia series in 2013, Tendulkar stood on 198 Tests, on the cusp of a landmark not achieved by anyone in the history of the game. Going by the original schedule, he was supposed to play his 200th game in South Africa. But, with the frosty relations between the BCCI and Cricket South Africa (CSA), there was a cloud of uncertainty over that tour. Meanwhile, the BCCI organised a quick tour from the West Indies in India in November, immediately after the ODIs against Australia. The South African tour was shortened to three ODIs and two Tests.

With all that drama, the big question was: Would Tendulkar call it a day or go on to play in South Africa? A report surfaced in the media which suggested that this series was specifically organised for the great man to bow out in front of the home crowd. So, there was an air of expectation, yet no one saw it coming. India was plunged in sadness as their most familiar icon for over two decades was to walk away from the big stage.

See how newspapers reacted to Sachin Tendulkar’s decision to retire 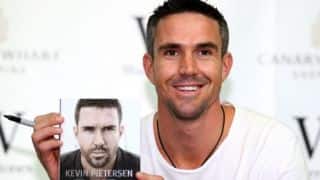 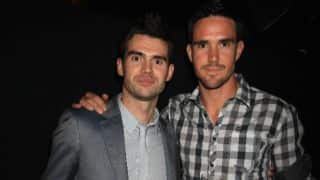 Kevin Pietersen never got a chance to stand up for himself in the dressing room: James Anderson