Sachin Tendulkar endeared himself to the Indian public and brought about a unique emotional attachment as he became the best batsman in the modern era. Former India Test cricketer Yajurvindra Singh discusses Tendulkar’s aura and how his humility is a shining example for all youngsters. 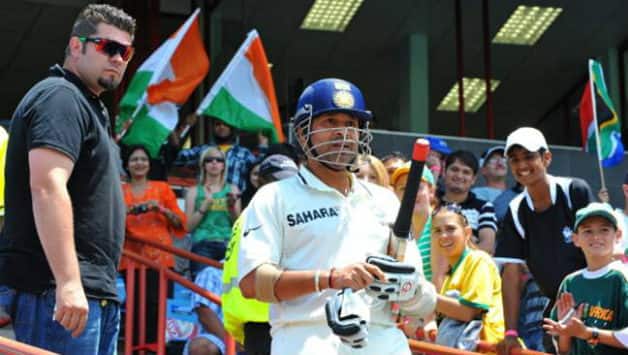 Sachin Tendulkar endeared himself to the Indian public and brought about a unique emotional attachment as he became the best batsman in the modern era. Former India Test cricketer Yajurvindra Singh discusses Tendulkar’s aura and how his humility is a shining example for all youngsters.


I first watched Sachin Tendulkar bat before he became an international cricketer. He was this teenager with great talent and did well in the domestic competitions. We had heard about him when he was playing for the Cricket Club of India (CCI) and the word got around that there was this precociously talented player. The thing that first struck me about his batting was his balance at the crease. He used to hit the ball along the ground and over the fielders’ heads with the same confidence and control.

As a youngster, Tendulkar always had this confident aura about him. The reason for that was that he hadn’t come through failure in his junior and school cricket. In fact, he had done extremely well. It was due to that experience that he was so confident about his skill and abilities. Then of course, we all saw him travel to Pakistan as a 16-year-old to make his debut for India. I have since followed his graph ever since. However, the time I realised he would go places is when he came agonisingly close to his maiden Test hundred on the tour to New Zealand in 1990.

Tendulkar did get to the milestone the same year during the Test match against England at Manchester. I watched the game on television and realised that he was here to stay. He batted with great maturity and helped India save the game on the final day. He was only 17 then and to do that at such a young age was extraordinary. Even saving Test matches requires skill and he did that incredibly well in that game.

What did he mean to the people of India? The nation became emotionally attached to this young boy. For example, for old ladies, he was like a son. For ex-cricketers like us, he was this youngster — and we all wanted to see him achieve success. All of us, whether you are a cricketer, or a fan, you wanted him to do well and prove that he is the best in the world. And, he did go on to do that. So, he touched a nerve and you became protective — you prayed for his success.

Before Tendulkar came, we had other greats such as MAK Pataudi, Sunil Gavaskar and Kapil Dev to name a few. But, then there were others such as Sir Garry Sobers and Sir Viv Richards who were the best in the world. Suddenly, we saw that somebody from India could become the world’s best — and that was Tendulkar. He had this fantastic blend of Gavaskar’s technique and Richards’s aggression.

Many times when Gavaskar played, he had to save India from defeat. In the 1990s, Tendulkar was joined by the likes of Rahul Dravid and Sourav Ganguly. They formed a formidable middle-order and you could count them amongst the top players in the world. Tendulkar brought about that stability and we had someone the opposition was scared of. He struck that fear in the bowlers; something similar to Richards.

If I have to pick one innings that stands out in my memory, it would be the double-hundred he scored for Mumbai against Australia at the Brabourne Stadium in 1998. Up against him was Shane Warne. Tendulkar knew the enormity of the challenge and we were told then that he had practiced facing Laxman Sivaramakrishnan in the lead-up to that game. He knew that Warne would try to bowl it in the rough and cause problems, so he strategised his practice brilliantly to prepare for the battle. And, the way he tackled Warne during that innings was superlative and something very different.

Every player ages and the reflexes become slower; whether you like it or not. Consider the injuries Tendulkar has had over the last 24 years. He has had his toes bandaged, he has hurt his ankles, fingers and then of course the tennis elbow hampered his progress. Many times, he looked like a bandaged gladiator going into battle. But, the way he learnt to manoeuvre around those injuries and adjust is truly remarkable. For all the things he has done, Tendulkar’s deeds would carry him into the future. As people often say, he is the God of cricket in India and he would be remembered for years to come. I don’t think he would go away from cricket, nor would the sport leave him. Even if he goes on to become a successful businessman or even the Prime Minister, people will always identify him as the great cricketer. That halo around him about cricket will never diminish. Cricket has been his life and he has shown that he is a master. He may take up writing, commentary or even a mentorship role, but he will always be the master.

While he has done extremely well at the highest level, Tendulkar has remained very humble. He has those values of humility and has great respect for senior cricketers. He addresses all of us as “sir” and there is always that smile on his face when he greets you. So, when we meet him, we are humbled as this man has achieved greatness. I can say that his humbleness has played a huge role in his success. He is a role model for the young cricketers and they should try to imbibe that humility.

After retirement, Tendulkar would love to spend more time with his family. But, we all look forward to him scoring a hundred in his last Test, which would be at his home-ground — Mumbai. That would be a great finish to a glorious career. Cricket is a game of uncertainties, but he has always overpowered them.

He has been India’s best cricketer and the best batsman in the modern era. Thank god he was born in India!

(Yajurvindra Singh is a former India international cricketer who played four Tests in the late 1970s. He took five catches in an innings and seven in the match on his Test debut — which are still joint world records)