The unparalleled record aside, what distinguishes Sachin Tendulkar is his prolonged period at the very peak of the One-Day Internationals. Arunabha Sengupta analyses his carer graph beside some of the greatest names in ODIs to demonstrate why he is miles ahead of the rest. 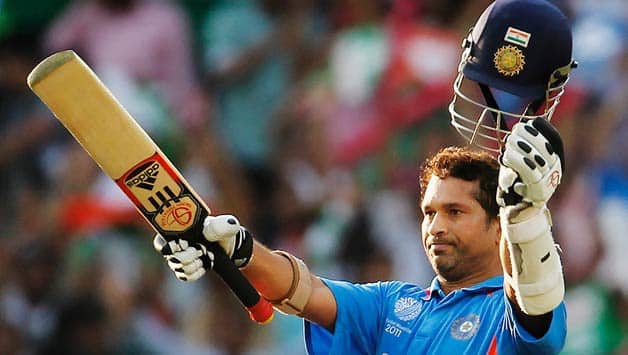 Sachin Tendulkar’s collection of runs, centuries, and the combination of average and strike rate, are each beyond the careers and dreams of batsmen of any era © Getty Images

The unparalleled record aside, what distinguishes Sachin Tendulkar is his prolonged period at the very peak of the One-Day Internationals. Arunabha Sengupta analyses his carer graph beside some of the greatest names in ODIs to demonstrate why he is miles ahead of the rest.

In One-Day International cricket, there have been batsmen – the run of the mill, the good, very good ones and the exceptional. And several miles beyond the greatest of them all stands Sachin Tendulkar.

Tendulkar’s collection of runs, centuries, and the combination of average and strike rate, are each beyond the careers and dreams of batsmen of any era. There is no one who comes remotely close. Ricky Ponting does occupy the second position in some respects, but he is as many as 4700 runs and 17 centuries behind the Indian master.

Runs, hundreds, consistency … and the weight of expectations each time he went out to bat. Record in the World Cup across six different editions. The pivot around whom the country and the game underwent unprecedented and irreversible turns in fortune.

Above all these, if there is one great differentiator between Tendulkar and the others, it is in his incredible longevity at the pinnacle of batting greatness.

The stint at the pinnacle

The ICC Player rankings tell us that he had been No 1 for the first time in 1996. The last time he achieved the feat was in 2008. From 1992 to 2010, he hovered around the top spot. No other man in the history of ODIs comes even close to this period of dominance.

When the ICC rankings are retrofitted for players of other eras, we find only one other batsman who comes somewhat close. The genius of Viv Richards first zoomed to the top in 1979 and climbed back in 1989. Even then, Tendulkar eclipses him by a two-year margin.

To demonstrate the extent of his sojourn at the very top, we have carried out a simple comparison exercise.

We have computed the average of the top ODI batsmen of all time in terms of every 25 matches of their career.

The charts that follow trace the records of Sachin Tendulkar along with each of the other great ODI batsmen to see how his unquestioned supremacy stood the test of time.

The graphs map the batting average of Tendulkar is shown in contrast to other established greats of the format – in phases of 25 ODIs along the path of their career. It is to determine how their career has fluctuated with the experience, wear and tear wrought in by time.

In each graph, a highlighted area shows the zone of greatness – where a batsman averages beyond 45. From each of these diagrams, we get an idea of how long and lasting was a batsman’s stay at the peak.

The result is a startling realisation that Tendulkar’s career has been prolonged magic – while the greatest of the others have been cruelly woken up after periods of dream run. They underline the miraculous span during which Tendulkar’s batting figures managed to stay within the zone of greatness, marking him out as remarkable, a batsman the like of which has never been seen in the history of limited-overs cricket. And perhaps will never be seen again.

Apart from two minor dips, his 463-match career remained at a continuous level of sustained greatness.

(The figures of each batsman for every 25 ODI phase are given in the appendix at the end of the article.)

The players included for comparisons are the ones with more than 10,000 runs in ODIs at an average above or very near 40. Apart from this we have also included the other batsman who transcended his era to have a record comparable to the modern greats – Viv Richards. Ponting did have a long stretch at the very peak of batsmanship, but, as the graphs indicate, his stint was shorter and significantly less prolific than Tendulkar’s. After a long career, his form dipped towards the last stage as the Indian master went on and on. 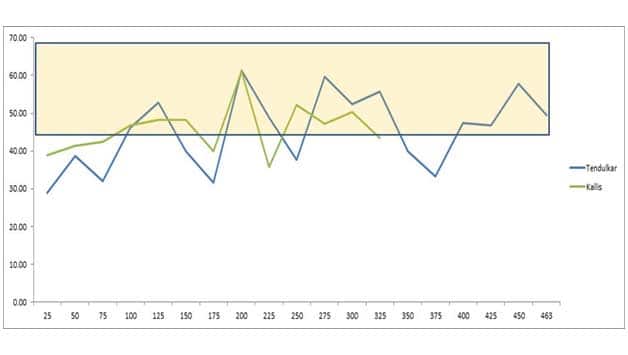 A relatively late bloomer like Tendulkar, Kallis has had a long stint at the top. He has not achieved as many and as high peaks as Tendulkar but comes close in consistency. However, to approach the phenomenal run of Tendulkar at the very top he has to bat in the same vein for another hundred or so ODIs. 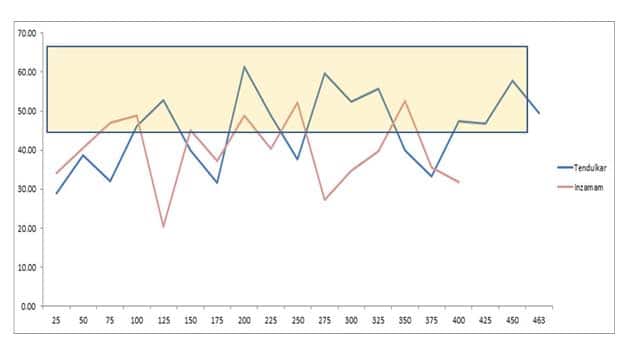 Inzamam-ul-Haq’s career contained many a peak across different periods, but was marred by some prolonged flat phases as well. He remained consistent, but did not enjoy sustained periods of supreme form. Tendulkar’s opening partner for a long time did enjoy a phase during which he was one of the best batsmen in limited-overs cricket. Particularly, the late 1990s and early 2000s were extremely productive for the southpaw. Following this, however, his form underwent a slump and there was just a hint of return to his best self towards the end of his career. It is always interesting to see Brian Lara’s career graph when compared to Sachin Tendulkar’s. In ODIs, during the initial phases of their careers, Lara was ahead by quite some distance. However, when Tendulkar did climb into a sphere of greatness never seen before, Lara’s stint at the top underwent a nosedive. There was a period when he returned to his fantastic ways of run making, but never quite regained the magic touch in the shorter version of the game during the later years. Here too, Tendulkar’s amazing period at the top of his game stands out. Viv Richards was unmatched in ODIs during his playing days. He matches Tendulkar’s prolonged stint at the top to some extent, as explained earlier.

However, his career graph is very revealing. After a fantastic first half of his career, he did not quite manage to stay on in the same hallowed zone of batting greatness as his career wore on. This is where Sachin Tendulkar scores higherthan the great West Indian. Finally, when we map the career of other batsmen with more than 10,000 runs at an average of nearly or over 40 in ODIs, we see that none of them enjoyed anything remotely approaching the time in the zone of greatness as Tendulkar did. Each of them had their peaks during which they approximated something of Tendulkar’s graph of run-making, but for everyone, the peak was short – while the little champion just continued in the same vein his entire career.

The graphical charts analysing the greatest performers with the bat in ODIs underline that one aspect of Tendulkar’s career that makes him special beyond compare. No one has ever had a similar stint at the very top for such a prolonged period of undisputed greatness.

The main differentiator remains undeniable. What the others achieved at the very peaks of their careers was the story of Tendulkar’s entire journey. And then there was some additional magic above and beyond it.

Figures in parentheses denote the final number of ODIs played.