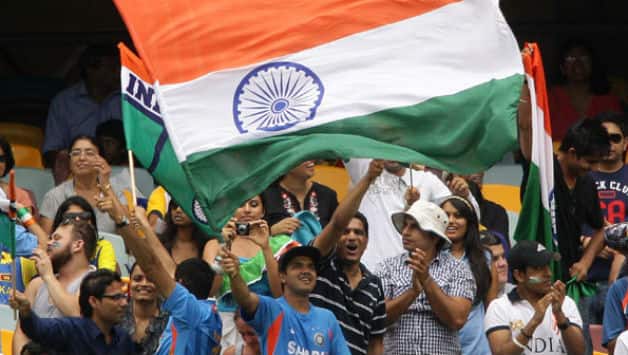 Sachin Tendulkar’s fans, who for over a year have suffered ignominiously in silence, are now up in arms © Getty Images (Representation pic)

India’s neighbours, especially Bangladesh, confront a refugee crisis of gargantuan proportions in the wake of millions of Sachin Tendulkar’s detractors crossing the international borders and seeking asylum. The mass exodus has been precipitated by Tendulkar’s knock on the first day of the third Test against England. The God of cricket silenced his critics by not only reaching double digits but also ended the day as India’s top scorer on a benign, batsman friendly track at the Eden Gardens, thereby saving his team the blushes.

Tendulkar’s fans, who for over a year have suffered ignominiously in silence, even as his critics vocally took centre-stage in the national discourse, calling for the Little Master’s retirement — some even having the audacity to make sly digs at his expense — are now up in arms. “Aila, I will no longer suffer these wretched lot, now that God has finally let his bat do the talking,” screamed Prashant Bharve,  President of Sachin Fan Club in Thane, as he chased Tendulkar baiters in his neighbourhood with a cricket bat.

Even former cricketers have not been spared the wrath of Sachintards. Former cricketer turned commentator, Ravi Shastri, was accosted by a frenzied mob in Kolkata. Fortunately, Ravi managed to wriggle out of a potentially dangerous situation by furnishing transcripts of his vapid commentary, which apart from the usual clichés, did not contain explicit anti-Sachin sentiments. Kirti Azad is however not taking any chances and has gone AWOL. The former cricketer turned MP, who had recently made sarcastic remarks about Sachin, is reportedly in hiding somewhere in the badlands of North Waziristan near the Af-Pak border.

Curfew has been imposed in many parts of the country and the Prime Minister has appealed for peace and calm, beseeching God’s supporters to find it in themselves to overlook and forgive the transgressions of the Sachin baiters in keeping with the Indian ethos of tolerance and accommodation of diverse beliefs.

However, the tribe of Sachin detractors, a motley bunch of churlish, armchair activists across caste, community and class lines, are not taking any chances. While the well heeled are taking flights out of the country until the pogroms end, those lower down the economic ladder are trekking across the borders into Nepal and Bangladesh. The really desperate are even crossing over into Pakistan.

In related news, Tendulkar has taken back his offer of letting the selectors take a call on his career and restored the status quo ante of ‘Only Sachin will decide when Sachin has to retire’.

(“Unreal Mama” is the pen name under which CS Krishna (left) and Karthik Laxman (right), the founding editors of The Unreal Times (www.theunrealtimes.com), write fictional news reports, dressing room conversations and other such articles marrying humour with satire. The Unreal Times is India’s favourite satire, spoof, parody and humour portal)