Everyone knew an autobiography will happen, and when it did the anticipation was huge.

Just before the launch of his autobiography Playing it My Way, Sachin Tendulkar told the media about a few choicest excerpts from his book, among which was his condemnation of Greg Chappell. A disappointed Abhishek Mukherjee has more.

You have played it brilliantly. Absolutely brilliantly, the way you have done over an international career that spanned 24 years. The Board of Control for Cricket in India (BCCI) gave you an apt farewell — something that was completely unnecessary — ensuring you could play your last Test on your home ground (and the one prior to that on the most volatile ground of the nation).

Everyone knew an autobiography will happen; and it did. The anticipation was huge, and the book was already scheduled to be the biggest cricket book of the year. Kevin Pietersen, with his rather imaginatively named autobiography KP, did steal the show for a while, but in the end the Pietersen wave died down much before the release of Playing It My Way came into the forefront.

The stage was set. We all waited eagerly for November 5, 2014. What was in the book? Will there be information regarding the match-fixing scandals at the turn of the millennium that had rocked the world? Will there be a detailed description of his phase of fighting back following his tennis elbow injury? What kept him going? What about the strained relationships with Greg Chappell and Vinod Kambli?

Then, less than a week before the book launch, you decided to disclose that you have called Chappell a “ringmaster” in your book. Did you need to disclose that, Sachin? The fans would have bought the book anyway. What was the idea behind the statement? Was it about giving the book a last-minute sales push?

Consider this video where you say “I am not known to sensationalise things.”

What changed, Sachin? What made you issue a press release just before the book launch where you went vocal about Chappell? Was this not sensationalising? Push the sales, by all means (not that your book needs it); promote it as hard as you can, the way you have done in the above video. Every author, every publisher would do that (it would be foolishness to act otherwise).

[Note: I am ignoring the statement “I have played the game honestly and in the right spirit”. The ball-tampering issue from 2001 is something you have refuted in your autobiography, so I will wait for the book. After all, all the world has is video evidence, and unlike Michael Atherton, you had the media backing you up.]

Do not get us wrong, Sachin. We want to know exactly what happened between Chappell and the players. In fact, that is what autobiographies are for — to get us off-the-field information. The internet would have sufficed for the rest: your career statistics has been dissected the way few others’ have been; the world knows of the commonest trivia and anecdotes; all we wanted to know was what we did not know.

What was uncalled for, however, was the last-moment sales gimmick. You could have waited for the book to come out. Readers will post excerpts anyway. Social network would be flooded with pictures, mostly with huge collages from your playing days in faded colour with your quote on large fonts. There will be likes, shares, comments, tweets, re-tweets, favourites, basically everything social media has to offer. The pre-launch push was not required.

Your purpose has been served. Your book has already guaranteed a sales push after you dropped the bombshell. Of course, being Sachin Tendulkar, you have, and will, get away with creating sensationalism as well — though you have claimed exactly the opposite.

Wishing you the best for the book launch,

A disgruntled potential reader (who will buy the book anyway). 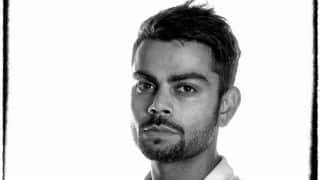 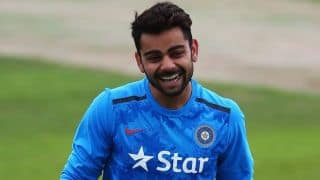