Sachin Tendulkar's 'Playing it My Way': Why avoiding match-fixing controversy was right

Sachin Tendulkar's 'Playing it My Way': Why avoiding match-fixing controversy was right

Several members of the public expected him to speak on the match-fixing issue.

Sachin Tendulkar’s ‘Playing It My Way’ has made waves since its launch on November 5, 2015. Tendulkar documented his long career in his memoirs and shed light on some previously unknown events. However, a large section of the public expected him to speak up on the match-fixing scandal that hit Indian cricket in the early 2000s. Nishad Pai Vaidya explains why Tendulkar was right in avoiding significant comment on the issue.

When cricket fans received their copy of Sachin Tendulkar’s ‘Playing It My Way‘, they flipped through the pages to find the controversial verses — shedding light on information unknown to public. With the book being arranged in a chronological order — even having markers according to series and matches — it was simple to navigate through the pages. The snippets about Greg Chappell’s tenure released in the lead-up to the launch had only heightened expectations of ‘The Little Master’ speaking out on certain issues. Most importantly, fans wanted to know about the match-fixing saga.

The question is: Should Tendulkar have spoken about match-fixing? In his book, he has merely condemned it. Being one of the most respected cricketers of his era, his disgust for the malice is evident as it had marred the game we love. However, fans had expected him to perhaps divulge information he might have come across during the height of his controversy. Surely, he might have heard some things when the controversy had engulfed Indian cricket and threatened the integrity of the sport. But, could he rely on hearsay and suspicion?

Even if Tendulkar may have heard murmurs of wrongdoings during his time, in no way could he bring it in public light. As Boria Majumdar, Tendulkar’s co-author and numerous legal experts have said, he could not have spoken without evidence. No man can make allegations against anyone without evidence to back it up. Tendulkar was no investigating authority, where he may have delved into the issues and perhaps uncovered something stunning. He was a cricketer who was expected to go out and give his 100 percent.

Any statement made by Tendulkar would have only caused him problems as comments in such cases could amount to defamation, which is a crime in Indian law. If a man makes defamatory statements against another, he can be liable under the Indian Penal Code if criminal proceedings are instituted.

The defence to defamation is truth, but the burden of proof lies with the man making the claims. Without evidence he cannot afford to make statements or claims — which may have been founded on rumour and grapevine. Even if he had suspected something, he cannot make it public knowledge; the proper course of action would have been to approach the relevant authorities in such sensitive matters. The important fact is that the match-fixing case of 2000 is yet to be closed and making any statements about it in the interim isn’t advisable.

Through his career Tendulkar has carried an unimaginable burden of expectations. On the field, the fans expected excellence. Off the field, they needed a shining example to the youth. But, to mould those expectations demanding shocking claims is unfair. Tendulkar has done the right thing in leaving out detail in his book. Why keep the expectations in this case? Remember, he was one of the figures who had restored credibility along with Sourav Ganguly, Rahul Dravid, Anil Kumble and others post the match-fixing scandal. Steering Indian cricket through rough waters with some fine cricketers had been Tendulkar’s response to the saga. He did not need to rake up the issue years later. 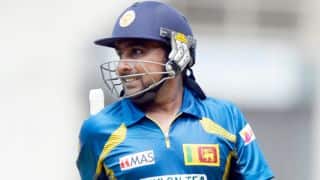 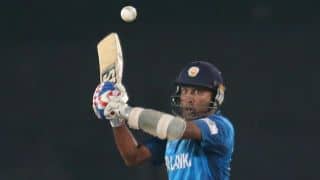