If Sachin Tendulkar is ‘God’ of cricket then Virat Kohli is ‘Superhuman’.

There are moments when you are in loss of words to describe about India’s legend Sachin Tendulkar; it still remains the same. There is no achievement Tendulkar does not have to his name. By the time Tendulkar had not even completed half his journey, Tendulkar was an idol for upcoming talents in the cricket fraternity. After his retirement, writers were in different zone of where to begin about Master Blaster, who has managed to entertain the for 24 years. There is someone who is catching up to what the Tendulkar has achieved over so many years at an aggressive rate. India’s new-generation legend Virat Kohli is almost halfway through with that. ALSO READ: Virat Kohli could match Sachin Tendulkar if he stays fit, says Michael Hussey

Virat’s feats speaks volumes of his talent and perseverance. His 4 consecutive IPL centuries definitely gives a slight edge to Tendulkar, and the comparisons started flourishing too soon. But before arriving to these conclusions, certain factors need to be kept in mind. The scenarios are different. Kohli has not faced the likes of Wasim Akram, Shoaib Akhtar, Glenn McGrath and Allan Donald.

Numbers, of course, show T20 cricket is ruled by Kohli very much from this era’s list of batsmen. His T20 records are near-unimaginable, and will probably take a while for any new batsmen to emulate. However, Tendulkar’s ODI numbers are as gargantuan: nobody is remotely close to his incredible tallies of 18,426 runs or 49 hundreds. ALSO READ: Virat Kohli has potential to match Sachin Tendulkar, feels Dominic Cork

The new innovations in cricket has definitely created an impact — be it free hits or shortening of boundaries for T20 cricket. They have all, almost without exception, have tilted the balance of the sport towards a batsman. While 250 was a formidable score in Tendulkar’s era, Kohli has played his cricket in a time when a team score of 250-plus is passé.

Kohli has been criticised for his aggression on field, verbally or otherwise, considering the growing competition around especially with Under-19 cricketers soon gaining call to play for national side. This is in stark contrast with Tendulkar’s polite image. Hence, despite his ‘Superhuman’ tag, it does not seem likely that the Indian mindset will elevate him to the stature of ‘God’. ALSO READ: Virat Kohli should not be compared to Sachin Tendulkar, feels Virender Sehwag

It is too early for comparisons, but comparisons between these batsmen seem to find no end in a country obsessed with pitting their demigods against each other. There was an era when Tendulkar was compared to Sunil Gavaskar; as of now, Kohli has to bear the brunt of being compared to Tendulkar.

It is a tad unfair on the 27-year-old wonder-boy, who is undoubtedly embarrassed with these parallels. Tendulkar took the world by storm with his records while Kohli is presently the captain of the ship sailing us through different destinations of cricket journey, continuing to amaze us with his milestones. 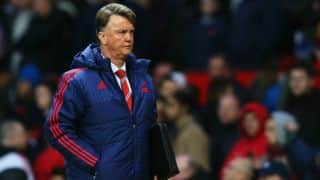