With a stalwart like Saeed Ajmal reported, players are bound to more cautious of bending the rules.

The ICC seems to have finally made up its mind on coming down hard at bowlers with suspect actions. Abjhit Banare opines that while many may debate that bowlers in the past were lucky to get away, the ICC’s decision to suspend a top-class bowler like Saeed Ajmal sends out a strong message.

Shane Shillingford and Marlon Samuels were warned in December 2013. Since then, Sachithra Senanayake, Kane Williamson, Saeed Ajmal, Prosper Utseya, Sohag Gazi and Al-Amin Hossain have joined the growing list of bowlers found guilty of exceeding the 15 degree elbow extension limit. It’s a fairly long list of bowlers fished out from the waters by International Cricket Council (ICC). Two of them — Williamson and Senanayake — were even banned from bowling. But remove one name from the list mentioned earlier and the world would still not have noticed the hard stand taken by the ICC.

It couldn’t have been more ironic that Ajmal was banned only a day after the latest ICC ranking showed him retaining the top ODI spot in the bowling charts he has been suspended. The ICC meeting in June 2014 unanimously decided to pursue the matter seriously and with consistency.

Awareness: Without doubt, Ajmal’s suspension has unsettled the cricketing world more than many other bans handed out by ICC. Especially in subcontinent, where there’s little literacy about cricketing rules, this would be a message which will caution the coaches as well. These mentors and coaches play a huge role in moulding the players’ career and the latest development will lead to better observation of finding these faults early on in their careers and correct them. Four seasons ago, a certain Kamran Khan from a rural area of Uttar Pradesh grabbed headlines in the Indian Premier League (IPL). He landed in trouble for his action and is nowhere to be seen now. Having an awareness about these rules will help in saving many careers.

Umpires: ICC’s tough stand also means that the umpires will be fearless in calling bowlers for suspect action. Tougher the rules, more cautious the players are.

One might say, many in the past got away, but that’s the bitter pill to swallow on this issue. Recently, at the Dilip Sardesai Memorial Lecture, Rahul Dravid did point out that, ICC found many bowlers in the past having the bend while delivering. But he also cautioned that being caught with a suspect action is not a crime. He makes a valid argument. There’s no need to look at such bowlers as cheats. And Ajmal, with all he has achieved should be allowed to recover and make a fair return to international cricket without pointing fingers at his past. It would be disappointing and a huge loss for the sport to lose a class bowler like Ajmal.

However, the ICC needs to maintain its consistency in taking such decisions. So far it has been successful but loosening its stand would once again reignite many more controversies.

At the same time, the umpires should not move to the other extreme by casting doubt over all bowlers. It was disappointing to hear umpire Ross Emerson admitting that he was under pressure from a certain official from Cricket Australia (CA) signal no-ball to Muralitharan for throwing. Such instances only reduce the credibility of ICCs stand even if these details come out years later. 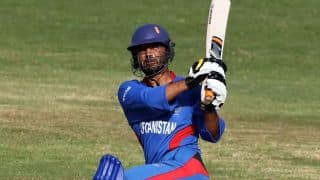 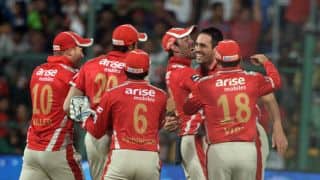