Salman Butt: "I will do my utmost to once again win the hearts of Pakistan fans"

Salman Butt: "I will do my utmost to once again win the hearts of Pakistan fans"

Former Pakistan captain Salman Butt looked forward to restoration of his stalled career after being allowed to take part in domestic cricket starting in January 2016.

Former Pakistan captain Salman Butt looked forward to restoration of his stalled career after being allowed to take part in domestic cricket starting in January 2016.

Whilst the eyes of the cricketing world are firmly focused on the progress of Mohammad Amir as he continues to make significant advances towards resurrecting his international career, his former captain Salman Butt has also begun his journey towards rehabilitation.

Butt was twenty-five years old when the news of his involvement in the now infamous spot-fixing scandal shook the cricket world in the summer of 2010. Along with Amir and Mohammad Asif, the left-handed batsman who had recently taken over as Pakistan’s Test captain after Shahid Afridi’s rather abrupt retirement from Test cricket was banned from all forms of cricket by the ICC for a period of five years.

Despite the expiry of his ban in September this year, the Pakistan Cricket Board were adamant that the former captain must undergo rehabilitation before being allowed back to play domestic cricket in the country. Even though the WAPDA team had made special provisions for Salman Butt to train with them in October, the final hurdle to return to normalcy for the Lahore-born cricketer was removed on the 5th of December when the Chairman of the PCB announced that Salman Butt and Mohammad Asif would both be allowed to take part in the National One Day cup, starting in early 2016.

The former Pakistan captain was clearly relieved by this announcement and in exclusive remarks to PakPassion.net, he expressed his delight at being allowed to take concrete steps towards the restoration of his domestic and possibly his international career remarking that “I am glad and relieved to have reached this stage and am thankful to the Almighty for this second chance. I cannot thank the PCB enough for allowing me this opportunity and I am now looking forward to the next year where I can once again start playing the game I love.”

The road to a complete restoration of his cricket career will not be easy and Salman Butt is acutely aware of that fact that his skills and good intentions will amount to nothing if he is not fit enough to perform on the field or if he is not offered a chance to gain valuable match practice during this journey. In this regard, the offer to play for WAPDA could only be described as a God send and one which the former Pakistan captain is grateful for.

“I’m fit and have been able to keep my fitness going through these five years. However, I do know that no amount of gym fitness can prepare you for the road ahead and I’m very thankful to WAPDA for backing me and giving me the opportunity to perform and I hope and pray that I can help them win domestic competitions.”

A veteran of thirty-three Test matches with 1889 runs to his name, Salman Butt appeared to have a successful career ahead of him until 2010. An absence of five years from competitive cricket can take the edge off any player and the coming months will severely test Butt’s resolve to move ahead, a fact he readily acknowledges as he stated “I can only thank the Almighty that the desire and hunger to play the game I love is very much alive in me and by the grace of God, the results will also be great. I strongly believe that I can still do well at any level of cricket. All I need is an opportunity and I will make sure I don’t disappoint anyone.”

There will be many amongst the millions of followers of cricket who would be happy to see the back of the man who they hold responsible for the ignominy that the country suffered five years ago. The wounds of the summer of 2010 are yet to heal for many and it will take more than words to placate followers of Pakistan cricket who were truly shocked by the events of that time.

Butt, Amir and Asif have a mountain climb before all Pakistan supporters will ever trust them in Pakistani colors again. For Salman Butt, the effort to restore trust in himself amongst the supporters will be a gargantuan task but could prove the prime motivator as he takes to the cricket field once again in early 2016.

He knows that his work is cut out in this regard and he will be hoping for a sympathetic ear from Pakistani cricket fans as he faces them once again, ”I will be offering my apologies to them when I see them. I will try and convince them that despite all that has happened in the past, I still have a good character and God willing, I will do my utmost to once again win the hearts of Pakistan fans. I believe that everyone who repents and intends to do good in future deserves a second chance. That is all I want”, he concluded. 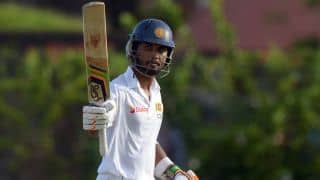