Sanjay Patel said that BCCI threatened to create another ICC if they didn’t have their way.

The Board of Control for Cricket in India (BCCI) had threatened the other international boards that they would create a parallel world governing for cricket to get its own way during the revenue share affair. Sanjay Patel is the one who revealed the information in recent statements. Nishad Pai Vaidya writes they were boastful and unnecessary.

“With great power comes great responsibility,” is what Peter Parker’s uncle advised him, unaware of the fact that his nephew had acquired superhuman powers. This dialogue has become popular in the years following the release of the movie Spiderman and is often used as a warning to people in power. But, what can one tell the Board of Control for Cricket in India (BCCI)?  Humongous power is all they crave and by the looks of things, there doesn’t seem to be much responsibility towards the game of cricket, going by the way they behave.

The latest revelation is that the BCCI had threatened the formation of a parallel cricketing body to govern the world. This came at a time when they were in hot pursuit of amending the International Cricket Council’s (ICC’s) financial pie. BCCI secretary Sanjay Patel was quoted the other day, “We got criticised by many in the media and lot of them did not agree but we told them that if India is not getting its proper due and importance proposal then India might be forced to form a second ICC of its own.”

One can agree with Patel’s point that India did deserve a larger share in the ICC given the fact that they were responsible for the majority of the revenue. The more you contribute, the more returns you should get. That is a fair point in case, and on deliberations, they could have arrived at a suitable conclusion. Yet, what has angered the genuine cricket loving public, is the way the BCCI has behaved during the whole process. To fight for your rights is one thing, but to act as a bully is a different ball-game.

There is a difference between the two. When you fight for your rights and stand up for a cause, you will be respected and honoured. But, if you bully your way into things, not only do you intimidate the other side but also leave them disgruntled. That has been BCCI’s stand all along as they have arm-twisted others to get their way. Be it a greater share in the revenue or the ‘Big Three Proposal’, they have used all their clout and muscle. This isn’t what you expect if you call yourselves “the leaders of world cricket.”

Patel’s admission in the open speaks of BCCI’s arrogance. It was a boastful and unnecessary statement. It is as if you have bullied someone and then you go behind their back and boast about it. This time though, the news has spread around and it will certainly leave the other boards unhappy. No organisation likes a public humiliation. Though it may have happened, they would have preferred it to remain a secret.

The BCCI dominates world cricket and it will stay that way for a few years to come. But one hasn’t seen the future and one doesn’t know how long it will last. Did anyone imagine India becoming a world force in the game back in the 1970s? No. But, the way they have gone about everything in the recent past, one won’t be surprised if there would be many entities waiting to hit back when the BCCI runs into rough weather. 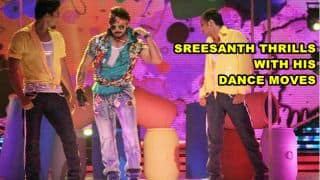