Historically, India had never fielded unified teams. The feuds between stars are well known. Most times these feuds impacted the team's performances, but sometimes they came together for the collective good. Sportspersons are strong personalities. They usually require emotion to fuel their intensity and deliver great performances. Superb individual efforts often inspire team efforts of success. 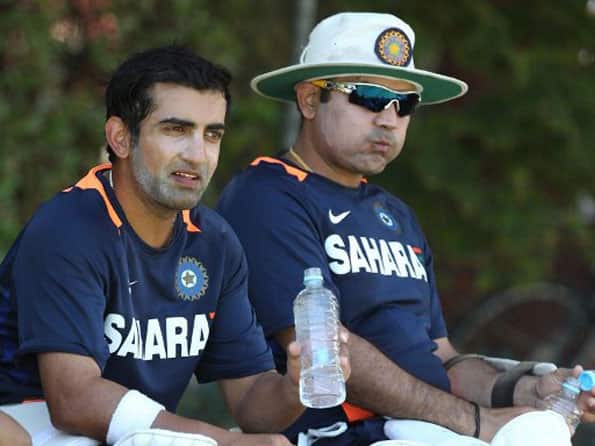 The media is awash with the disturbing news that both Gautam Gambhir (left) and Virender Sehwag (right) can’t see eye to eye with MS Dhoni’s rotation policy, which has caused considerable disharmony within the Indian team © AFP

It wasn’t too long ago that India had scaled the One-Day International (ODI) peak by winning the World Cup. Sachin Tendulkar declared Mahendra Singh Dhoni to be the best captain that he had played under. It was Team India and not a collection of individuals anymore. We had declared that the team had been cast in Dhoni’s image of being calm, cool and collected against the highest of odds.

Alas, it didn’t last! Historically, India had never fielded unified teams. The feuds between stars are well known. Most times these feuds impacted the team’s performances, but sometimes they came together for the collective good. Sportspersons are strong personalities. They usually require emotion to fuel their intensity and deliver great performances. Superb individual efforts often inspire team efforts of success.

On the ODI front, Tendulkar alone seems to have inspired stroke play hitherto not the forte of India. Often we had marveled at Pakistan’s ability to produce the Inzamam-ul Haq’s out of nowhere to shred bowling attacks. Recently, however, India laid claim to that title of inspired, jaw-dropping stroke play with Virender Sehwag, Gautam Gambhir, Dhoni, Suresh Raina and Yuvraj Singh leading the charge.

Sehwag has been a misfit in the ODI squad for quite a while and we had advocated dropping him completely from the World Cup squad. However, most people are willing to let Sehwag play for that occasional enormous innings that he plays, like the recent 219 and the opening salvo he fired in the World Cup against Bangladesh.

Perhaps, the Indian team’s astounding ODI performances had led to a happy dressing room and maybe not being accustomed to failure, harsh emotional exchanges had been rare or non-existent. Dhoni didn’t need to perhaps assert himself on the team because the team was delivering without his inspiration. This is all theory and speculation.

Post World Cup, however, it appears that the team has begun to fall apart. Dhoni and the “seniors” in particular seem to be at odds with each other. In my opinion, Gambhir and Sehwag are deliberately undermining the captain. And that’s pretty sad. The captain is first among equals and he deserves the support of the team members, senior or otherwise. Every team member is a significant member and for Sehwag and Gambhir to claim some special exemption from a policy that the captain seeks to implement is quite sad.

Having said that, Dhoni’s lack of ability to navigate the shark infested “senior waters” is telling. We would all want the captain to be the ultimate diplomat, salesman, motivator, evangelist and handsome to boot. Unfortunately, Jesus Christ died on a cross 2000 years ago and Gandhi didn’t play cricket very well. We are still researching to find out if Jesus played any sports. Judging by Tendulkar’s statements, Dhoni must be the best person to be captain of the team.

To me Sehwag dropping Rohit Sharma and making him a pawn in the game of team politics is pathetic. Sharma needed a confidence boost and I think this latest act of political doo doo would have done him no good. I hope Tendulkar is taking the time to help the young batsman stay focused on his cricket. Sehwag seems to have made it a point to drop Sharma to rub Dhoni the wrong way. For the Board of Control for Cricket in India (BCCI) to ask Dhoni and Sehwag to work it out and not instantly drop Sehwag is another pathetic attempt at non-leadership. Insubordination is a big deal and should be treated as such.

If a future inquiry reveals Dhoni’s motives to be suspect, by all means Sehwag should be brought back. But to openly rebel against the skipper’s stated policy is shameful. Coming from a mediocre ODI performer, it’s even more pathetic. For all of Sehwag’s inspired Test match stroke play, his recent captaincy performance deserves to be condemned. Putting his personal vendetta over the team is miserable. My respect for Sehwag has nosedived.

I had thought Gambhir to be an emotional, yet smart player. I also respected his captaincy credentials and thought him to be the man best suited to take over after Dhoni, should Dhoni have given up Test matches. Kohli would be the future leader, but it would be another six-eight years before he was ready. But by undermining the skipper, Gambhir deserves a reprimand too. None of Gambhir’s and Sehwag’s actions are helpful to the team, regardless of whether the rotation policy is the right policy.

Dhoni is still captain and he deserves to be allowed to succeed or fail on his merits. Back-stabbers like Sehwag and Gambhir will do it to other skippers whose policies they don’t like. It’s dangerous to pamper them.

Tour of Australia has starkly exposed India's many shortcomings