Selectors meet today to pick Indian team for Tests against Australia; several slots up for grabs

Selectors meet today to pick Indian team for Tests against Australia; several slots up for grabs

The fortress at home has never looked weaker in recent times for Team India. Following the embarrassment on the away tours in 2011-12, things got worse when they lost the home series to England last year. It’s now Australia’s turn to challenge the Indians in India. 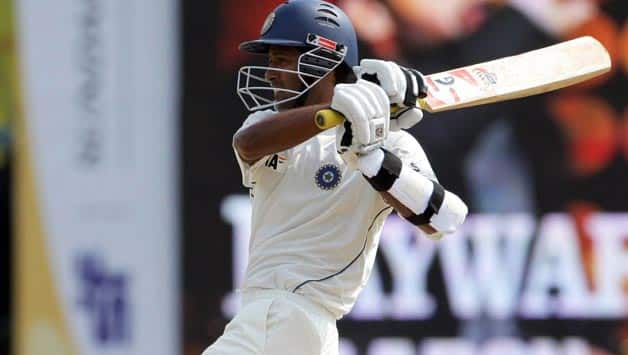 Given the poor form of Gautam Gambhir and Virender Sehwag, both opening slots are shaky. The selectors may look at Wasim Jaffer’s experience and solidity as an option © Getty Images

The fortress at home has never looked weaker in recent times for Team India. Following the embarrassment on the away tours in 2011-12, things got worse when they lost the home series to England last year. It’s now Australia’s turn to challenge the Indians in India.

The Sandeep Patil-chaired selection committee have a tough job when they meet on Sunday (February 12) to pick the Indian side – in all likelihood for the first Test at Chennai and the second at Hyderabad.

The Irani Trophy game has given the selectors more options ahead of Sunday’s crucial meeting.

As discussed in a previous article, the race for the back-up openers’ role has four major contenders – Murali Vijay, Ajinkya Rahane, Wasim Jaffer and Shikhar Dhawan. In the series against England, the team management opted for Vijay and Rahane as back-ups for Virender Sehwag and Gautam Gambhir. Their patchy form resulted in such a move and if they go in with the same strategy – Rahane and Vijay are the favourites again.

Cheteshwar Pujara, Sachin Tendulkar, Virat Kohli, and Mahendra Singh Dhoni would form the middle-order. But, the No 6 spot continues to be open. During India’s last Test, Dhoni batted at No 6 and Ravindra Jadeja (the all-rounder) came in at No 7. Jadeja’s presence gives Dhoni the extra bowling option and he should hold on to his spot in the side. However, Suresh Raina has thrown his hat in the ring with a fantastic performance in both the innings in the Irani Trophy. He might make it as the extra batsman in the squad, with Manoj Tiwary and Ambati Rayudu enjoying an outside chance. Rohit Sharma has done his chances no good by scoring a duck in the Irani Trophy, throwing his wicket away with a rash stroke.

The trickiest part would be when the selectors have to pick the bowling attack. Ravichandran Ashwin and Pragyan Ojha would hold on to their spots, with a tussle for the third spinner. Piyush Chawla played the last Test against England at Nagpur and had a good outing. However, the selectors might consider Harbhajan Singh, who has been Australia’s nemesis in India. But if past records are kept aside, Chawla is the front-runner. However, in Indian cricket records and reputation often trump logic.

The pace bowling attack, too, is a huge cause for concern as majority of them seem down and out. Umesh Yadav and Zaheer Khan are out due to injuries and that doesn’t leave India with too many options. Ishant Sharma will continue to “lead” the attack and Shanthakumaran Sreesanth might script a comeback. Ashok Dinda and Parvinder Awana were in the squad for the Nagpur Test against England and it looks tough for them to get in. Dinda hasn’t been named in the Rest of India side and missed out on the two practice games against Australia. However, Awana has a chance to impress for the Board President’s XI, but that would only be after this meeting.

Shami Ahmed has been impressive in One-Day Internationals (ODIs) and might have a chance to break in. But, he was benched by the RoI for the Irani Trophy and that might put a cloud over his chances.

Two bowlers who will figure in the discussions at Sunday’s meeting would be Bhuvneshwar Kumar, who made a huge impact against Pakistan on his ODI debut, and newcomer Ishwar Pandey, who has been the leading wicket taker in the just-concluded Ranji season and who made a very big impression in the ongoing Irani Trophy.

There are a few spots for the taking and while there is abundance in one department, India might find themselves short of options in the bowling. Here is the possible line-up – which includes the front-runners: 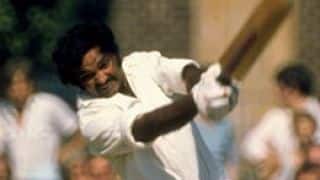