The 21st century has witnessed a plethora of bowlers' action scrutinised.

Sachithra Senanayake, the Sri Lankan off-spinner, has been banned from bowling in international cricket. The news broke just after Sri Lanka had lost a home One-Day International (ODI) against South Africa. His action had come under scrutiny during the tour to England and despite that, he continued in the home series against South Africa. This is a huge blow to the Sri Lankan spinner as he would now have to work on his action before returning back. Senanayake though can take heart from the fact that bowlers can return after they work on their actions.

Here is a list of bowlers who have been stopped from bowling in international cricket before and then made a return :

1. Shoaib Akhtar: Shoaib Akhtar was banned from bowling during the Australia tour of 1999-2000. It was a short ban and he was back soon and took part in the tri-series against the hosts and India.

2. Johan Botha: South African spinner Johan Botha has had a few problems with the his bowling action since his introduction to international cricket. Through 2006, he had trouble as he was first banned and the tests continued. But, it was in November 2006 that he was finally allowed to bowl again. But, Botha s problems did not end there as he was reported in 2009. Botha went through tests etc and then was prohibited from bowling the doosra. He has continued to bowl his normal off-breaks though

3. Shabbir Ahmed: Pakistan s pacer Shabbir Ahmed s action came under scrutiny when he was reported twice in the mid 2000s. He underwent the tests and then they proved that his action was suspect. He was thus banned from bowling for a year in December 2005. He returned to cricket in December 2006 and also played for Pakistan.

4. Abdur Razzak: The Bangladeshi left-arm spinner Abdur Razzak got into trouble in 2008 when his action came under the scanner during the series against New Zealand. He was suspended from bowling in 2008 and then returned only a few months down the line when he was cleared.

5. James Kirtley: The right-arm pacer was suspended from bowling in 2005 by the England and Wales Cricket Board (ECB), but he was then cleared in 2006.

6. Shane Shillingford: West Indian off-spinner Shane Shillingford had been under the scrutiny for some time. He has been banned twice in fact in his short four year long international career. In 2010 he was banned from bowling and was cleared in 2011. However, after the tour to India in 2013, he was reported again and banned after the tests. He then returned to bowling later, but isn t allowed to bowl the doosra.

7. Marlon Samuels: Along with Shillingford, Marlon Samuels was also reported on the tour to India in 2013. After all the tests it has been concluded that he can bowl his normal off-breaks. However, his faster ones are not permitted due to the violation of the degree. 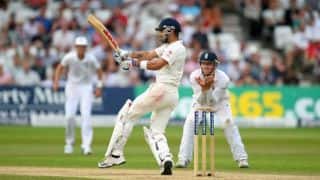 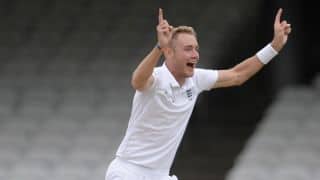