“Shoaib Malik saw the writing on the wall and retired from Test cricket”: Aamir Sohail

“Shoaib Malik saw the writing on the wall and retired from Test cricket”: Aamir Sohail

Shoaib Malik’s decision to leave the Test arena was a little abrupt to say the least and the timing was also not ideal.

It would appear that we are in a season of retirements with news that Shoaib Malik has quit Test matches and Younis Khan will not play ODIs any more.

Shoaib Malik’s decision to leave the Test arena was a little abrupt to say the least and the timing was also not ideal. However, as far as he is concerned, I think Shoaib Malik saw the writing on the wall and retired from Test cricket. He soon realised that he was just a temporary stopgap measure. With Azhar Ali coming back after fitness issues and Asad Shafiq also doing well, Shoaib knew that the only other slot available for him in the Test team would be as an opener in the upcoming tour against England. Being a smart person that he is, he realised that he wouldn’t stand a chance as English bowlers had worked him out in the UAE and if he was having issues on placid wickets, what chance did he stand in English conditions. The outcome was obvious and Malik has taken a sensible route where he can concentrate on ODI and T20Is, which also benefits Pakistan.

Yes, Malik did score a double-hundred against England but he also knew that the England bowlers had worked out his weakness as we saw in the rest of the Test series. He did provide an extra bowling option in place of Mohammad Hafeez but playing him at the No.3 position was a stretch too far and he was bound to be worked out, which is what happened. The team management should have thought ahead of time about how they would accommodate Azhar Ali when he came back but they didn’t. The plan seemed to be to play Malik at any costs somewhere in the team without putting any thought to all the possibilities.

We may have different opinions on Malik’s decision but what to say of the people who elevated him to the position of a Test player out of the blue? The problem with Pakistan cricket is that if they see a player available, they just want to somehow fit him in the Pakistan squad, regardless of his suitability. No one is really interested in long-term solutions, it’s all about here and now. They are happy to apply temporary fixes and keep things moving.

Take the example of Younis Khan. Undoubtedly, he’s had an illustrious career; he has and remains a great servant for Pakistan cricket and it was time to move on. He was shoe-horned into the ODI squad during the 2015 World Cup and asked to open the innings against India. Does anyone in their right mind believe that he had the technique to open the innings? Then you compound your blunder by having him in the ODI squad, presumably with the vision of having him in the squad for the 2017 Champions Trophy and the 2019 World Cup. Would he be able to survive on those pitches? What that shows me is an inability to plan ahead and therein lies the real problem with our cricket setup.

Staying on the subject of Younis Khan and the timing or occasion of his announcement, I believe he realised that he was not welcome in the Pakistan ODI team. Yes the selectors did name him but there were enough stories floating around in the media, which seem to indicate a conflict between the team management and the selectors on this issue. This must have been obvious to Younis and he took this decision to protect his dignity.

The Pakistan-India cricket series: Pakistan-India cricket relations are another hot topic, which seem to be hogging a lot of headlines at the moment. The number of news items and permutations around where and how both countries can play each other is bordering on the ridiculous. In fact, let me say it, it is ridiculous and daft! The timing of this whole cricket series is simply not right. When both countries armies are exchanging fire across borders and hawkish statements being made by politicians from both sides of the divide, how on earth can any cricket series take place in such an atmosphere? That is obvious to everyone except those from the Pakistan side who are pushing for this to happen.

The reason for that is simple. At the time of the Big 3 takeover, our PCB representative made tall claims of securing the series with an MOU being signed to back it up. The series was supposed to bring untold benefits, including sizable financials ones to Pakistan cricket. This position was flaunted around but the fact is that we had no guarantees or assurance whatsoever of this series ever happening. Quite naturally, people are asking the people who seemed to have this in the bag to explain when we can expect this to happen and this is the reason we are seeing so much fuss being made by Pakistan authorities to try and make it happen, without any obvious signs of success.

Misbah-ul-Haq’s impending retirement from cricket: Misbah-ul-Haq has had an excellent career as captain of the Pakistan Test team. He took over the captaincy of the team at a point where things were looking very dicey for the team, especially due to the spot-fixing scandal. Now that he has lead admirably and put Pakistan as the No.2 ranked Test team, I would like him to go and play in the next tour, which may well be the England one in 2016 and genuinely point out the issues with the team. Up to now he has not admitted to any failings but our Test record outside UAE is not the best and it is high time that Misbah with a view to improving our performances in the future, point out all that is right and what mistakes have been made during his captaincy.

He needs to be honest and say where the selection committee was wrong and where the PCB did not do their job right in ensuring that Pakistan were able to win abroad in Australia and South Africa or even in England. I really do believe that if he is fit and delivering, there should be no reason or calls for him to leave the team. But that isn’t the only reason why he should not think of retiring now. The fact is that Pakistan cricket does not have a replacement for the current captain at the moment nor has he groomed a successor who can go on an important tour of England and deliver. 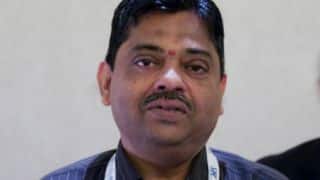 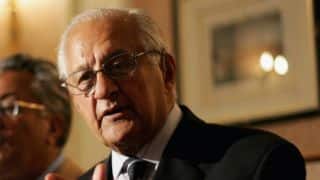 Pakistan turns down proposal to play in India