Should BCCI have permitted Vijay Zol to play Ranji Trophy final ahead of U-19 World Cup preparations?

Should BCCI have permitted Vijay Zol to play Ranji Trophy final ahead of U-19 World Cup preparations?

Zol summoned for the preparatory camp for the ICC U-19 World Cup ahead of Ranji final.

Vijay Zol has been summoned for the preparatory camp for the ICC under-19 World Cup 2014 even as his state Maharashtra plays the Ranji Trophy 2013-14 final. Nishad Pai Vaidya looks at the debate.

Should the Board of Control for Cricket in India (BCCI) have permitted Vijay Zol to play the Ranji Trophy 2013-14 final for his state Maharashtra? After all, Maharashtra haven’t reached the final of India’s premier domestic tournament for years and this is a great chance for them to end their trophy drought. But, Zol, being India’s under-19 captain, has been summoned to the national camp in Wayyanad, Kerala  to prepare for the World Cup. The ICC Under-19 World Cup starts in the United Arab Emirates on February 14, while the Ranji Trophy final is in Hyderabad on January 29.

This isn’t the first time the BCCI haven’t released players for an important domestic fixture. Early this month, there was an outcry against their decision to hold on to the members of the Indian one-day side even as their respective states competed in the quarter-finals. But, it was last year, in January when it was unacceptable. India were involved in a One-Day International (ODI) series against England and were leading 3-1 leading into the final game at Dharamsala. Yet, the BCCI did not permit the Mumbai and Saurashtra players from heading for the Ranji final at Wankhede.

Cheteshwar Pujara and Ravindra Jadeja, Saurashtra’s biggest players were in the one-day squad and couldn’t turn up for the state. In fact, Pujara was on the bench and did not even feature in the game. Instead, had he turned up in Mumbai, Saurashtra would have put up a much better performance than they did as the hosts steamrolled them. The final turned out to be a one-sided affair with no spice in it. Wouldn’t it have been better had the players been released instead of featuring in an inconsequential international?

But, Maharashtra’s case is different. Zol maybe an important batsman for them, but they have replacements for him as coach Surendra Bhave pointed out. Maharashtra have performed very well and all their players have risen to the occasion during the Ranji Trophy. They may not miss Zol during the final, but it would have been a great opportunity for the youngster to play the big game at such a young age. Instead, he is in Bangalore.

For a reason or two, the BCCI may be justified in summoning him for the training camp. He is the captain of the national Under-19 side that is going to defend its crown on the world stage. His presence is important for the team in the lead-up as they will formulate strategies and work out important plans for the important tournament. India does take its age group cricket quite seriously and have been doing well in the recent past. Even before the 2012 World Cup, the BCCI had planned extensively and prepared a squad, which eventually won the competition. It may be in that endeavour that they have taken Zol away from the Ranji fixture.

Vincent Sunder, CricketCountry’s senior writer pointed out that had there been a World Cup overseas and Jharkhand were playing the Ranji final which clashed with a preparatory camp, would the BCCI allow MS Dhoni a leave of absence for the fixture? Perhaps not, as it is the World Cup, isn’t it?

Ultimately, it is the way one looks at it. The domestic cricket romantics may want to see Zol with Maharashtra, but the newer school of thought may say that there is a World Cup at stake. This is a balance debate. 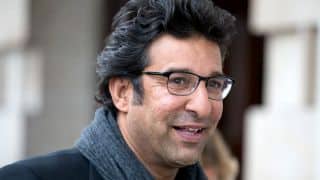